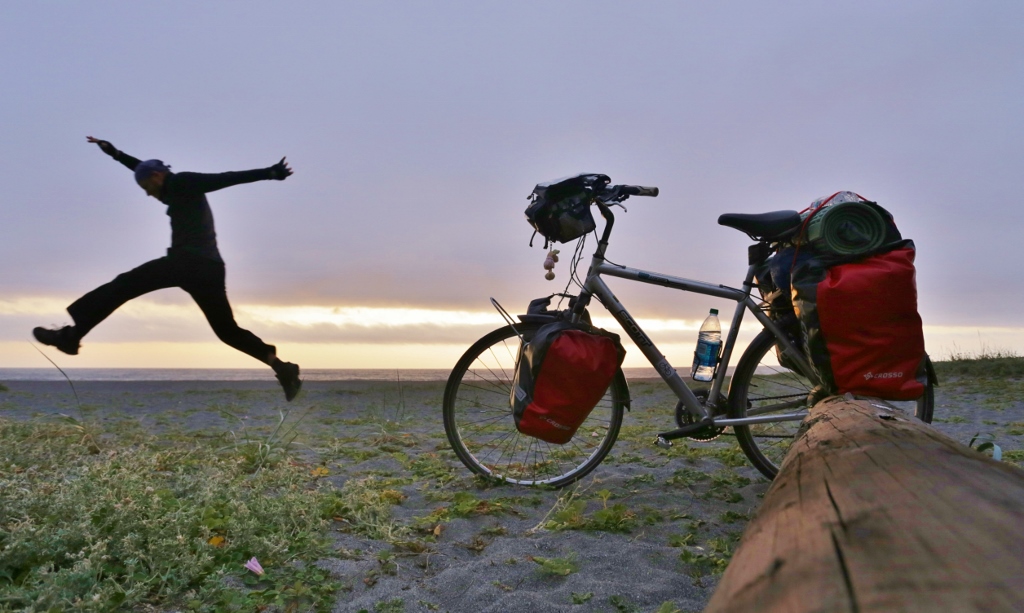 I have to believe that my special value lies in me, that I am also a world for myself, that I am able to shape myself and find strength and meaning of existence in my soul. Jan Szczepanski 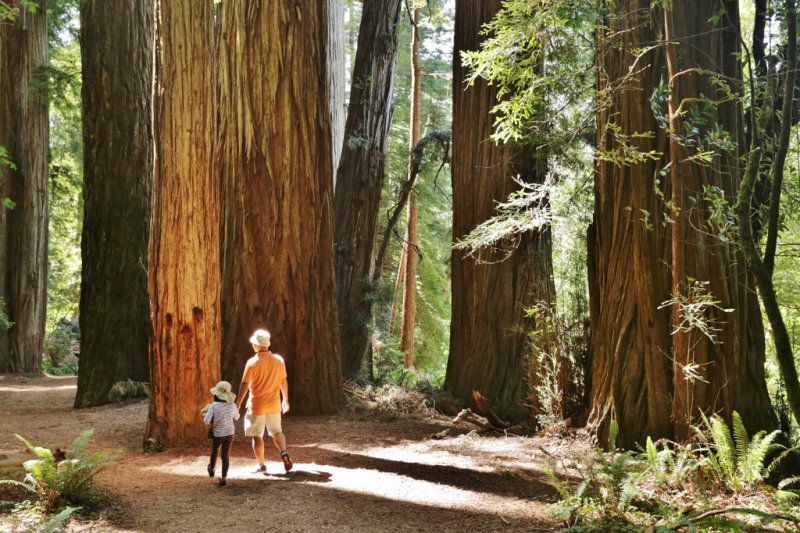 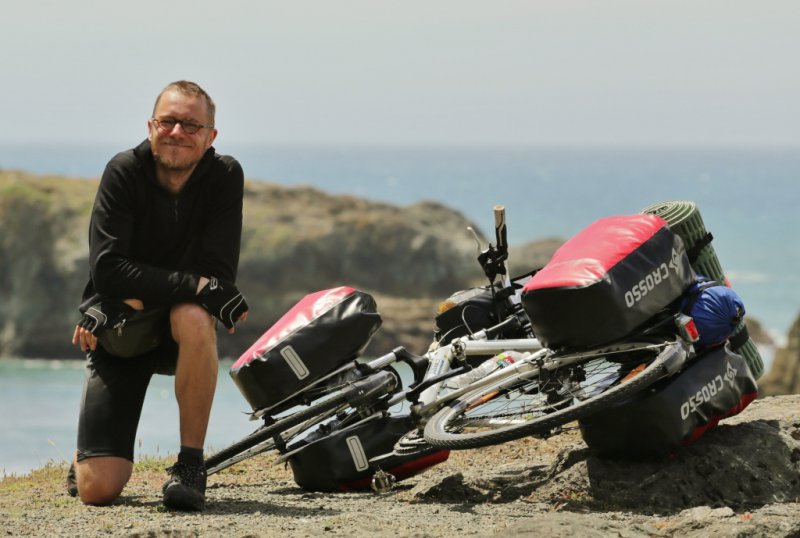 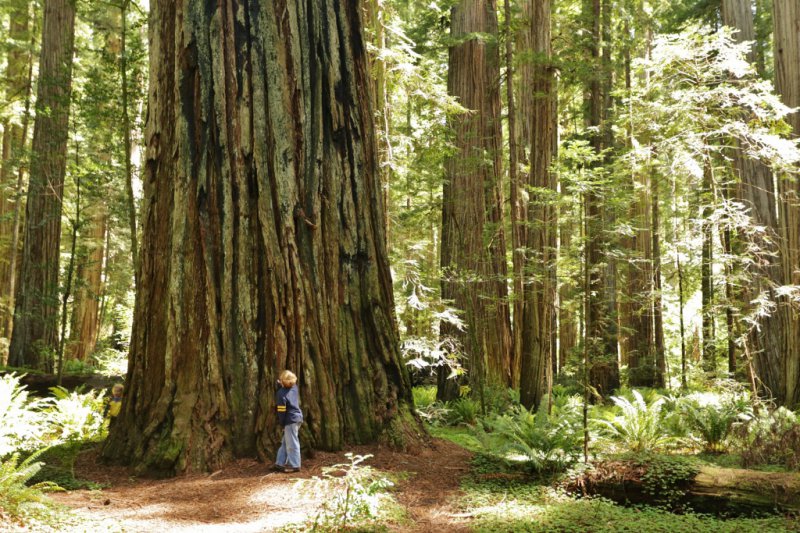 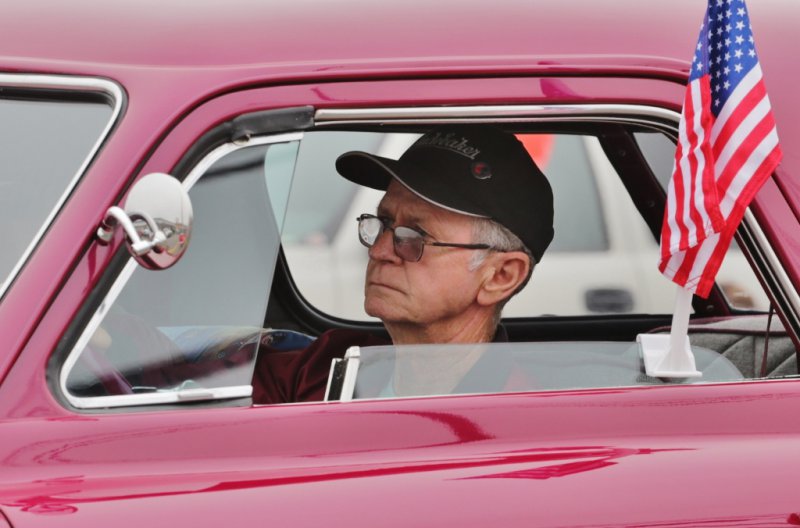 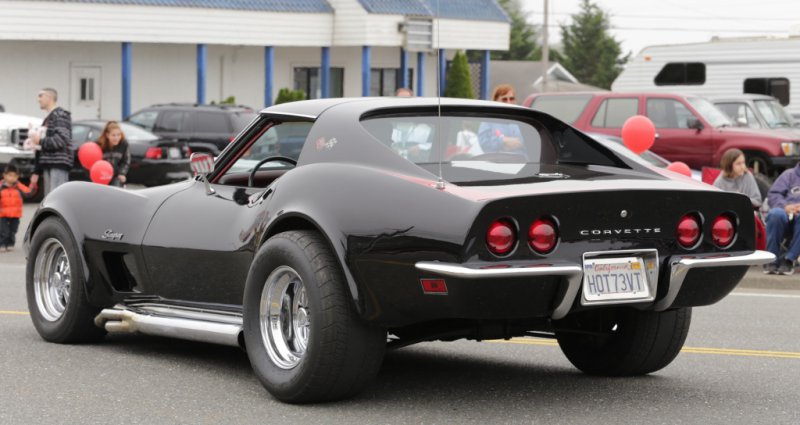 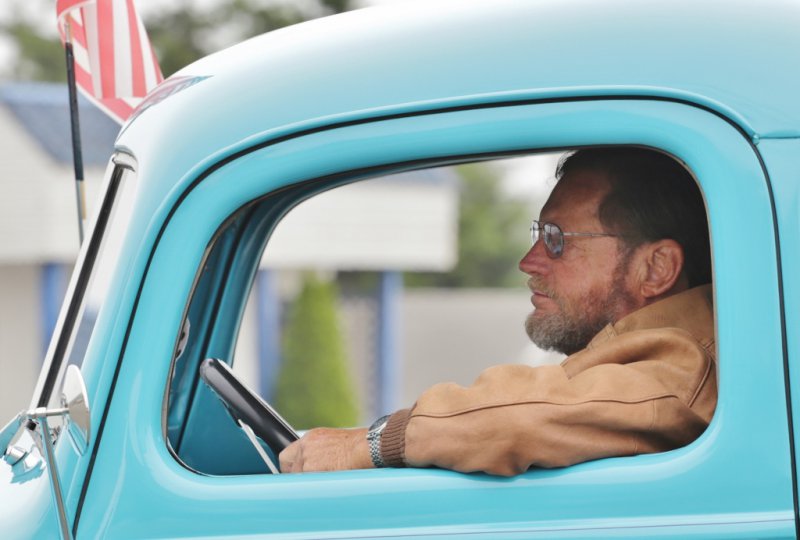 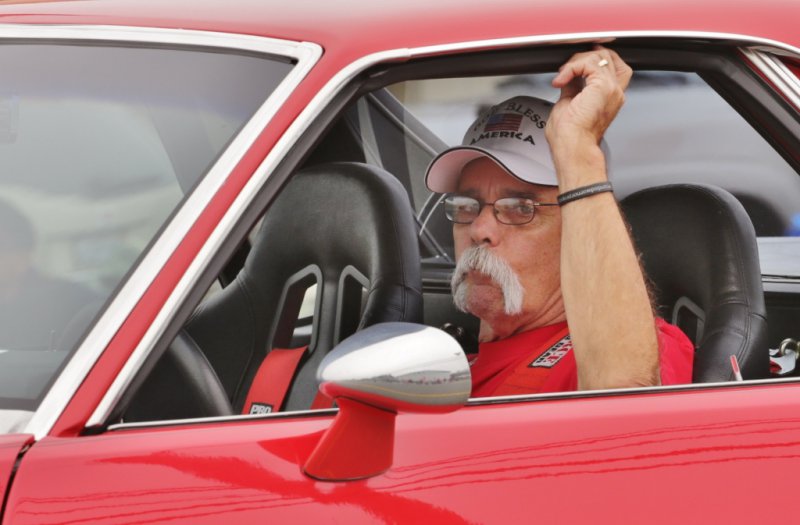 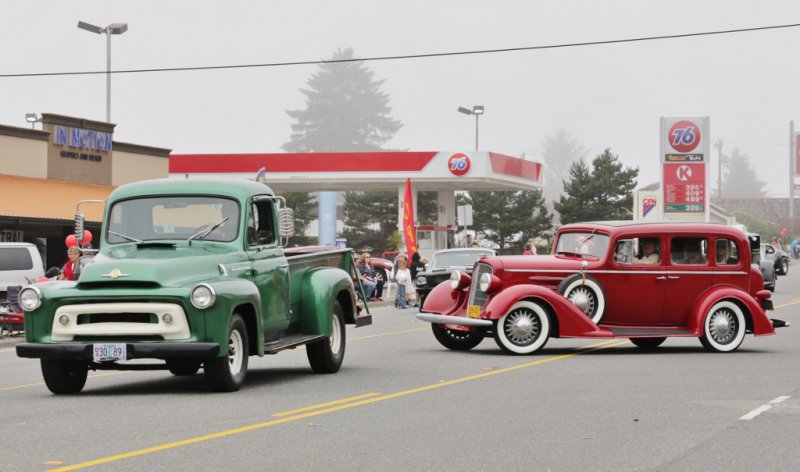 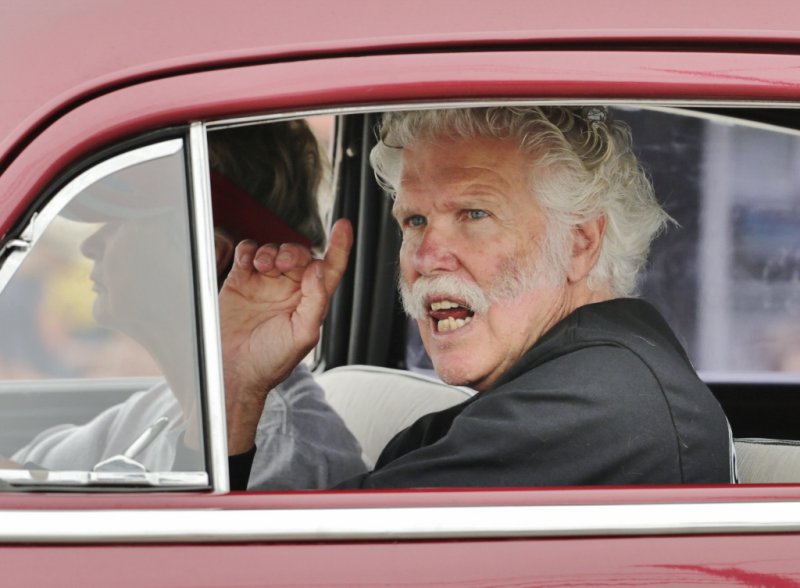 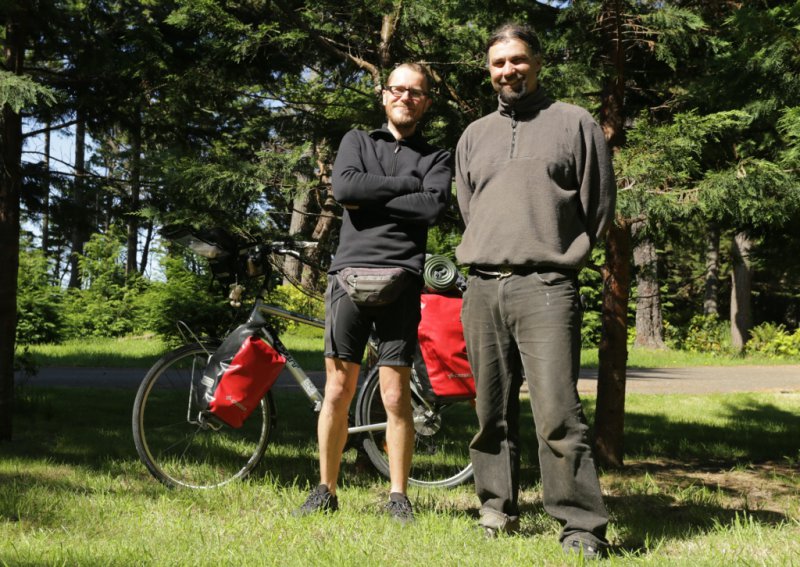 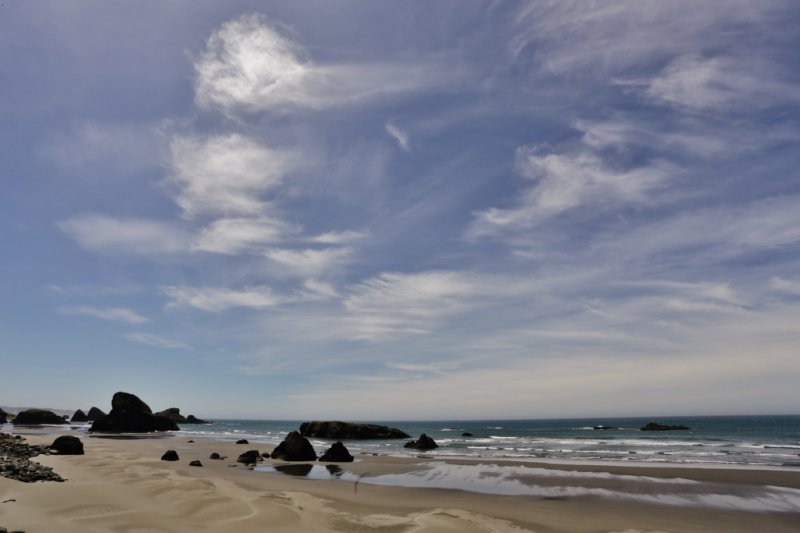 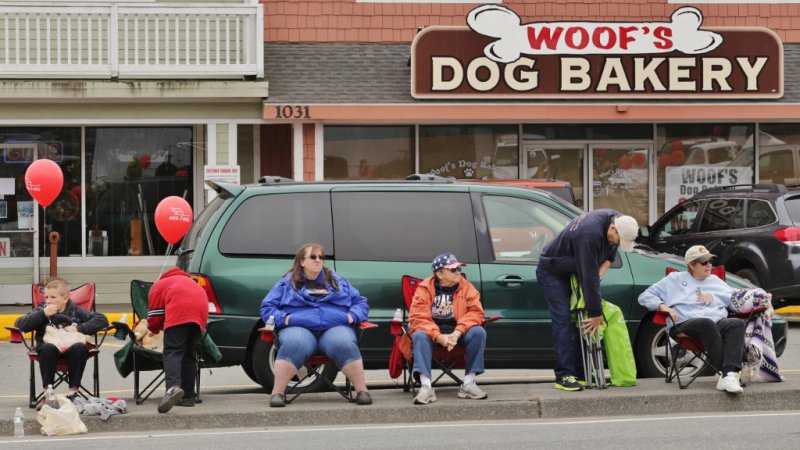 I met Jacob by the store, when I was about to hit the road. He said that he also used to ride a bike and he knew what it means to be invited for a warm meal. Firstly I refused. Something was pushing me forward. Maybe it was the sun, or maybe a strong wind, I don’t know. Anyway, it was only noon and the knee didn’t ache much yet, so I thought it’s better to go forward, to the south. But, somehow, I stayed and accepted the invitation.

A Jacob’s friend with his wife and four kids dropped in. They have three more at home. That amounts to seven. I said I would never make it up. We sat up and talked stories. Everyone was interested in how Poland looks like. Is it the same as the USA? Do we have trees and the ocean and azaleas?

The ocean is huge, azaleas have soft leaves. Under aproaching dark sky, I put up my tent at the beach, wondering if waves won’t reach me at night. After midnight, I had an unexpected visit of law enforcement officers. I wondered how they knew that I was there, but I obediently showed my passport. I tried to explain and excuse myself in a very silly way that I did not want to cycle at night, because it was dangerous, and the beach seemed to be secluded, and I never leave traces, and so on – typical excuses I usually make in such situations. The police were very understanding, as they usually are to me in the States, which I like, cause it doesn’t coincide with a stereotypical image people have about them here. They were very serious, but at the same time – nice and friendly. They didn’t ask me to get away, only to set off at dawn, so that passers-by wouldn’t have „wrong impression” that one can legally put up their tent there.

It was a long weekend, Memorial Day was held on Monday. There were lots of parades in towns, during which kids were pelted with candies. Not all sweets could be gathered, a lot of them were left on the streets. It is difficult to say whether there was a shortage of children, or there were too many candies.

At the parade in Brookings, I was with Martha, another Polish Martha (already the third), who helped me in the States. I was sitting in MacDonalds, devouring hamburger, when suddenly, at the next table, I heard Polish language.

Marta invited me to her house. I was able to wash, do the laundery and get some rest, after ten days of continuous cycling. What such a gesture mean, I do not need to explain.

Martha is a teacher in college in Brookings. She has a husband, Adam, and two sons, with whom we went to the park to walk among redwoods. Once more, I was struck by the rigidity of these trees, their indifference, the life in the world full of ghosts. Even fallen, dead trunks spoke to me. One would like to stay there longer, lie among them. Listen and hear more.

It’s strange to think that all those trees were there before anyone had even a slightest thought about me, before someone gave me a name, and it’s even stranger, that they will still be there when a last thought about me disappears.

Mom! Thank you for everything. Do not worry about me. I take care of myself and one day I will settle down! I promise not to get completely crazy till that time:) 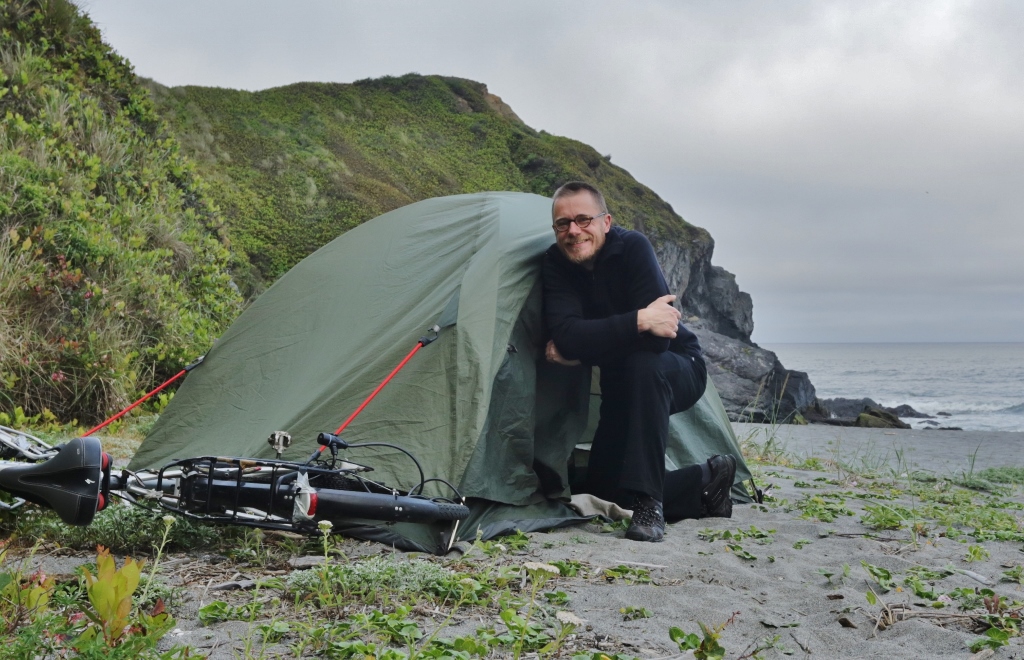