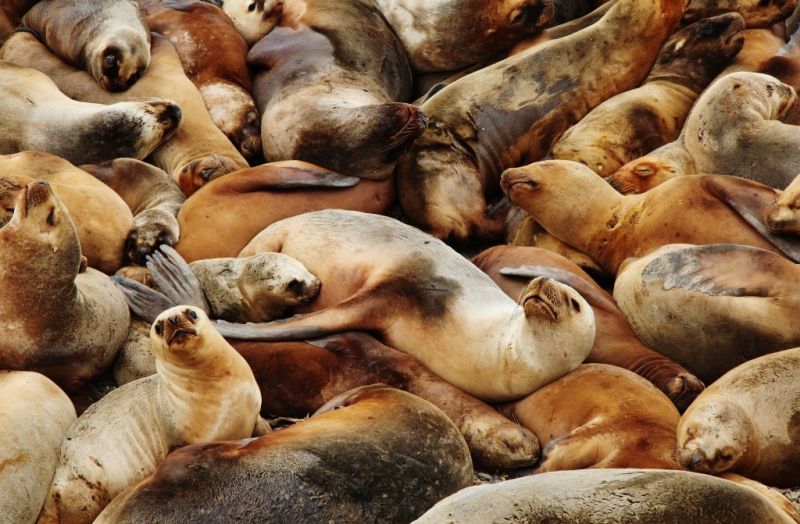 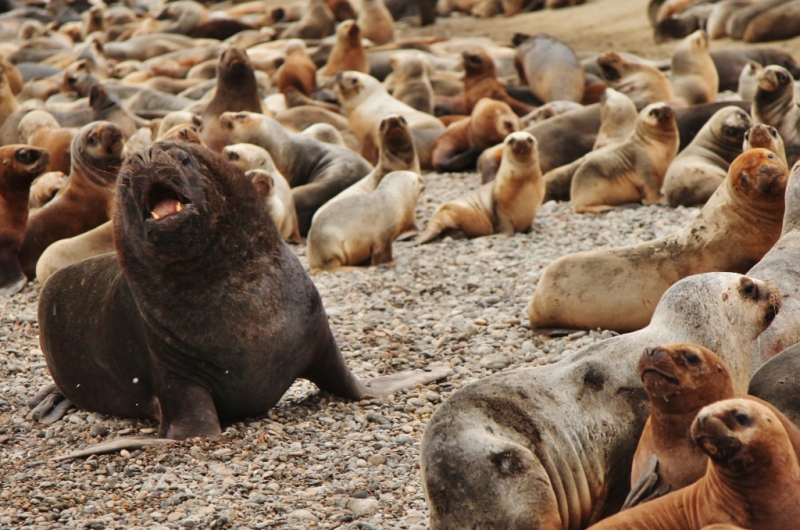 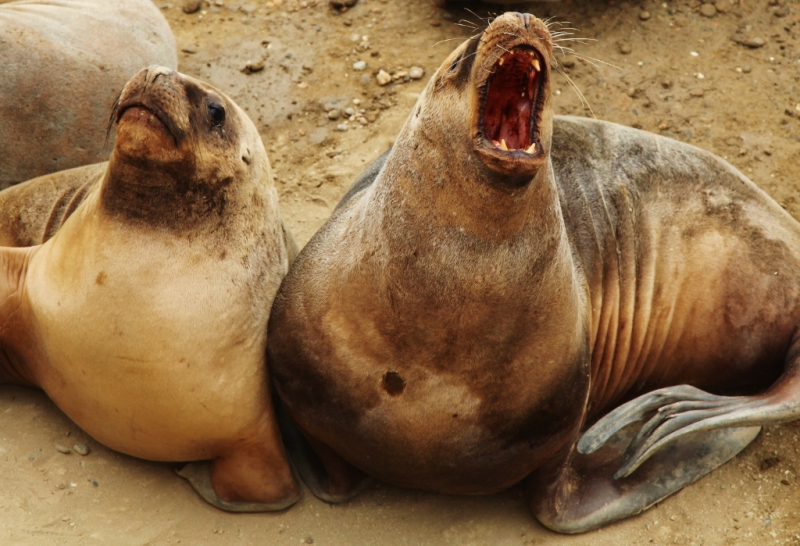 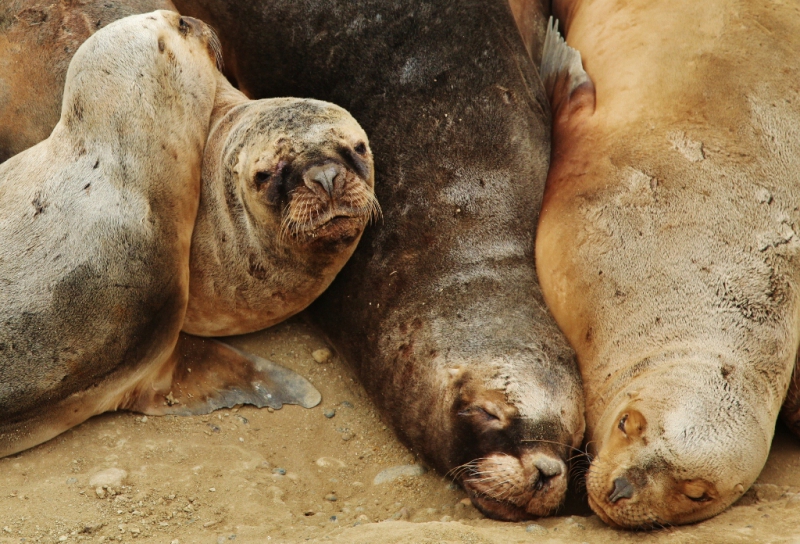 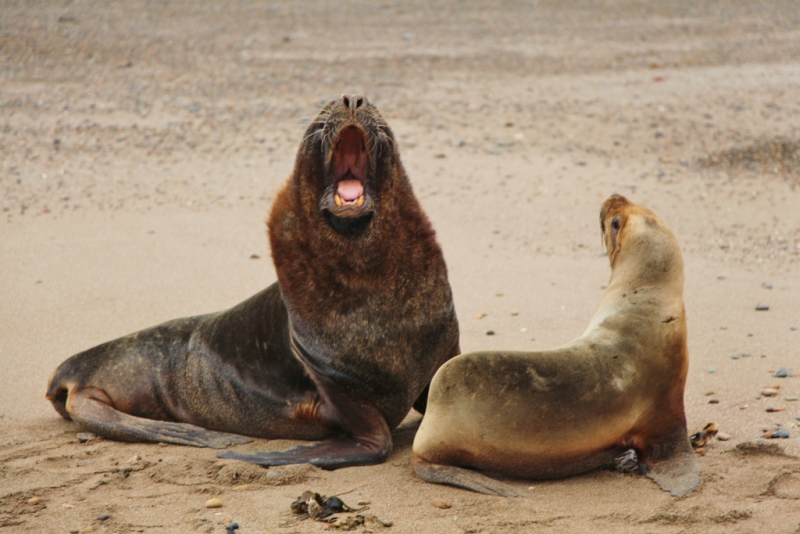 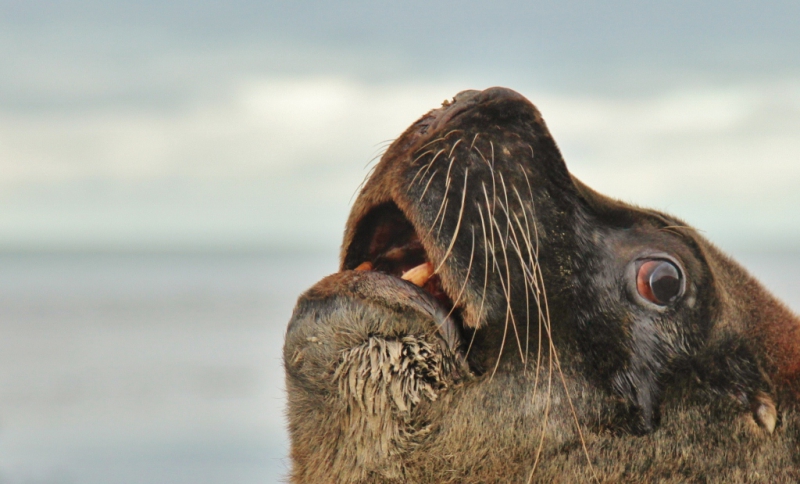 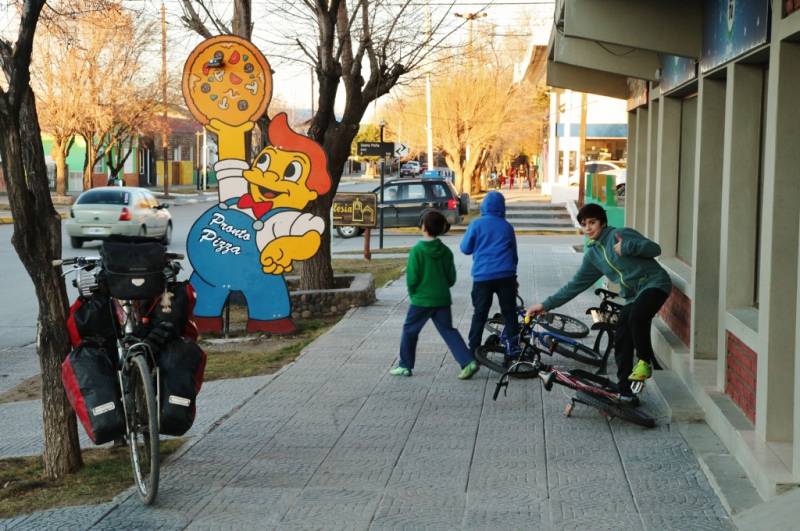 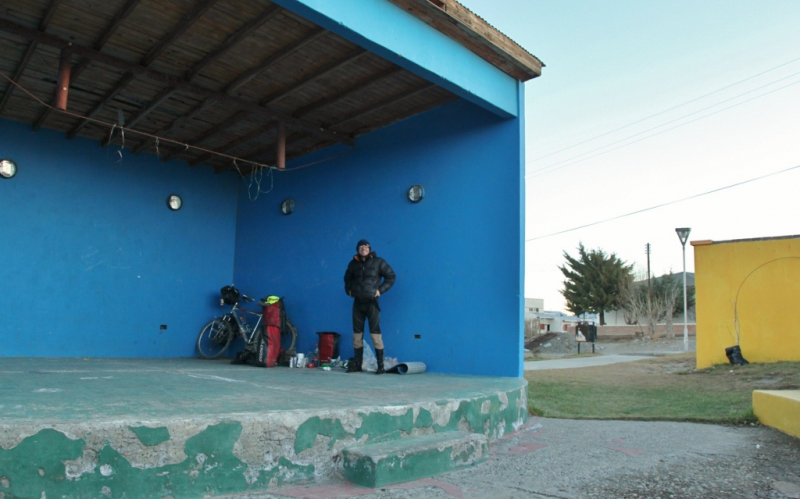 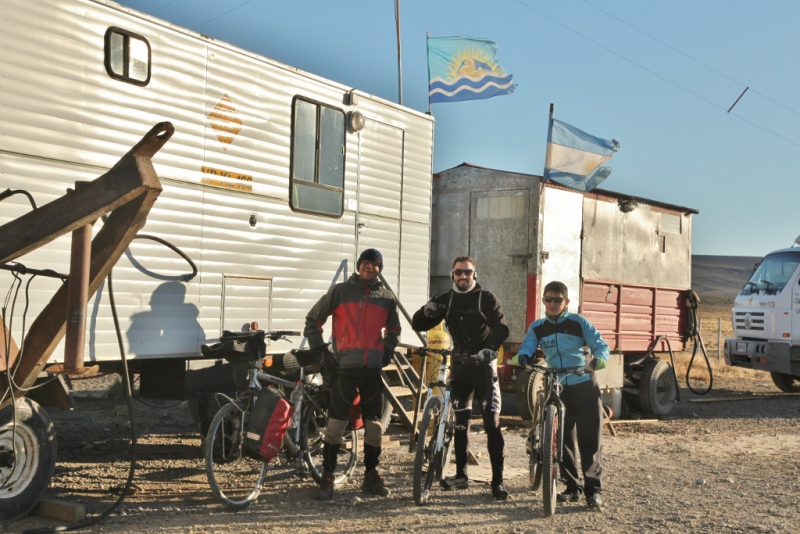 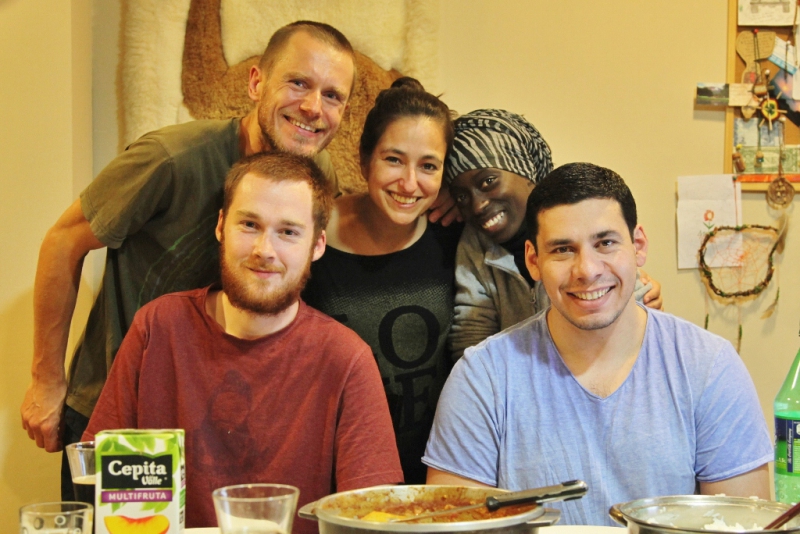 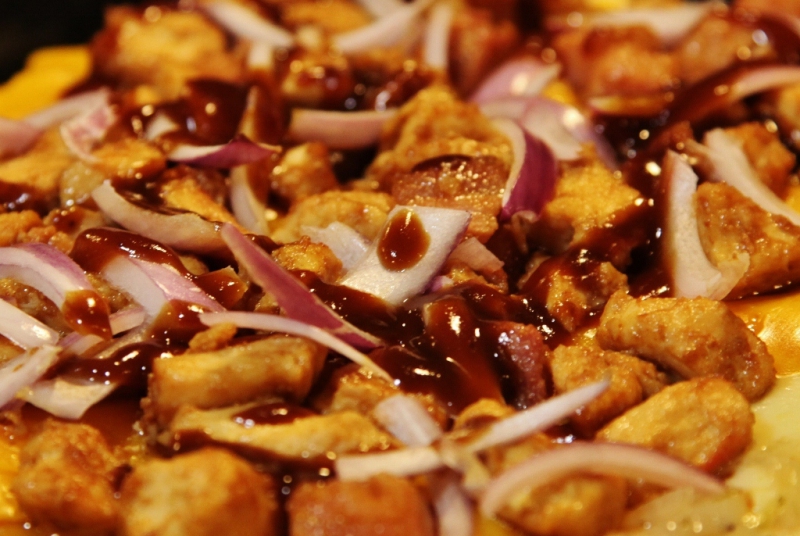 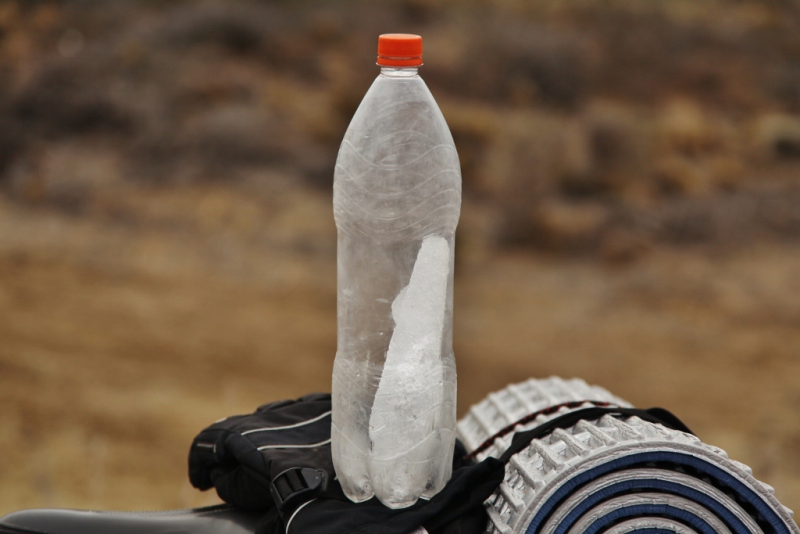 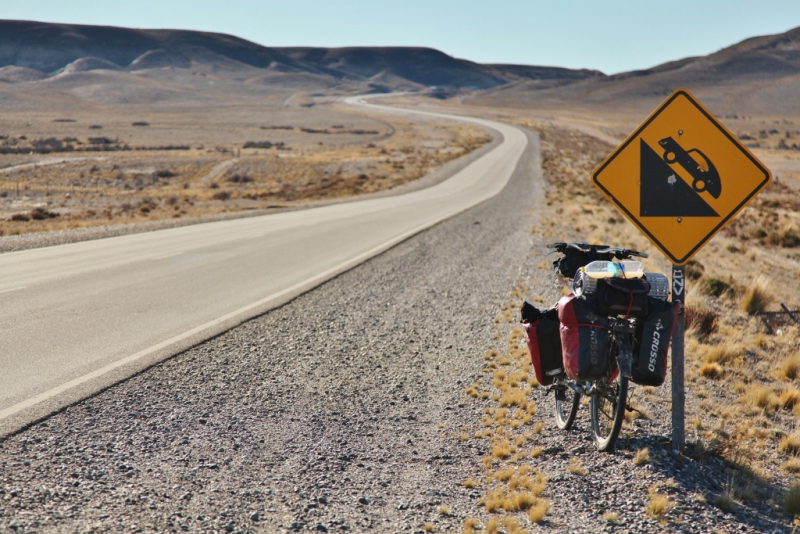 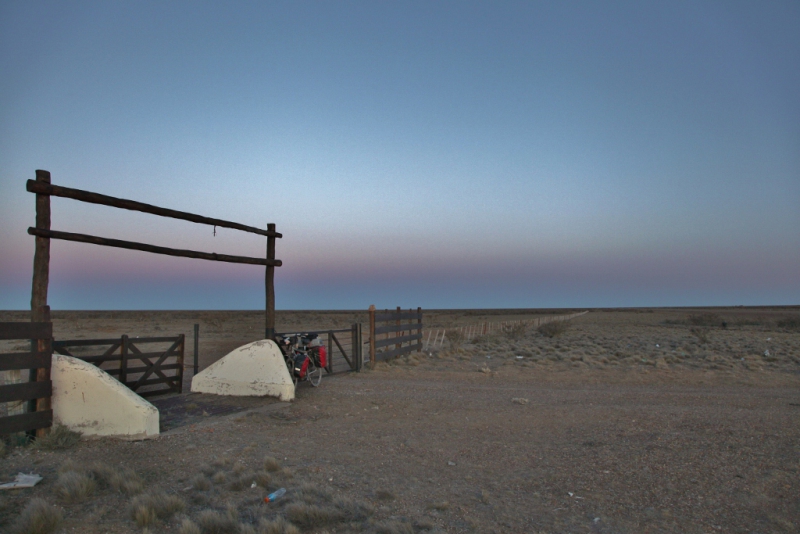 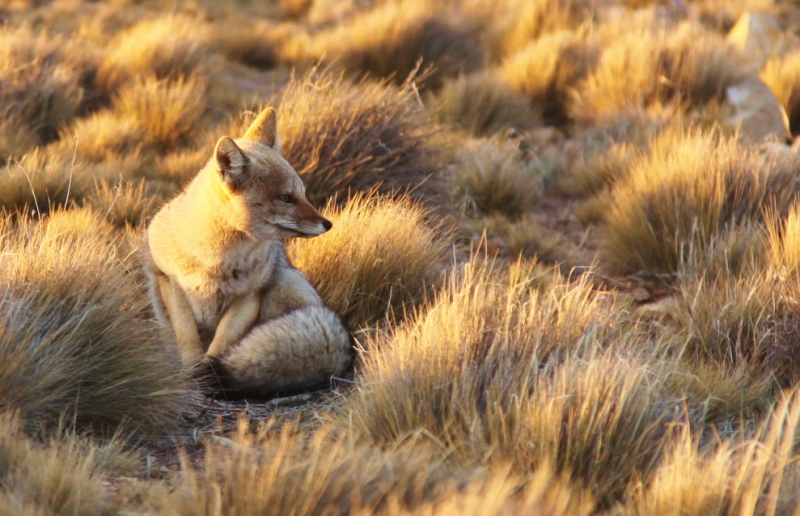 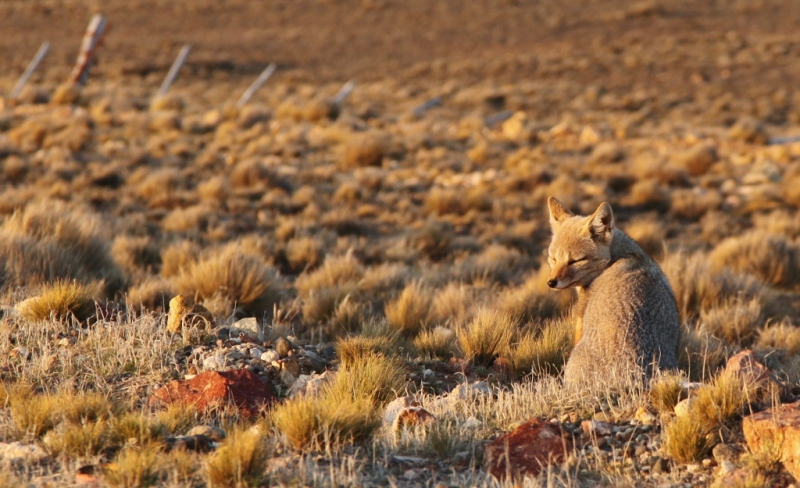 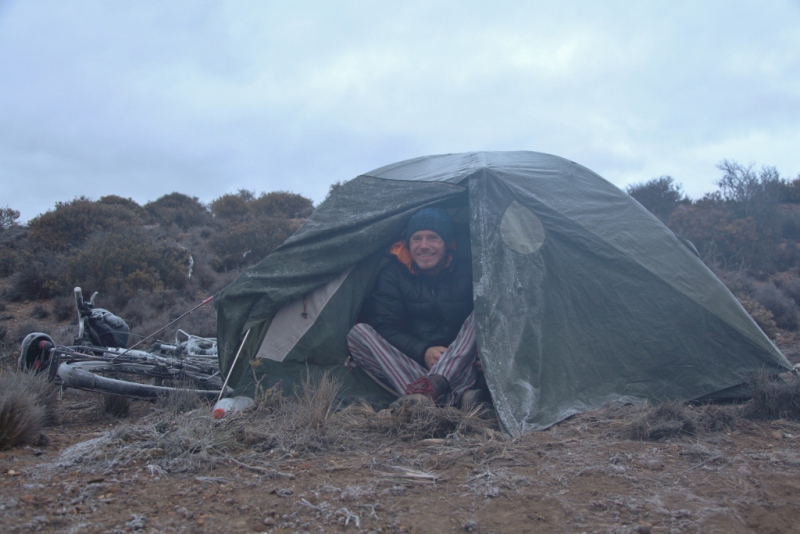 So, let’s start again… The thirteenth of July, at five o’clock in the morning local time, the plane belonging to Aerolineas Argentinas lands at Ezeiza Ministro Pistarini Airport in Buenos Aires, Argentina. There, I have to change planes and take a flight from the capital of Argentina to Ushuaia in Tierra del Fuego. Establishing where the next terminal is, I pass the baggage drop-off point and, after a short while, I am waiting in line for passport control. It surprises me a little that there are only four people queuing. I was one of the last people to leave the plane but it seemed almost impossible that all of them were already checked in. I’ll go back and ask what I should do with the luggage, I thought. Neither in Warsaw or on the plane had anyone said anything about picking up things and checking them in again (as often happens during transfers in the United States), but it didn’t hurt to make sure.

I don’t even get to the information point before, on the luggage carousel filled with suitcases and boxes, I notice a green sack. It’s my bag, I think. I go closer and grab the heavy bundle. Yes, it is my bag. So, I decide to wait for the bicycle box too. There are fewer and fewer people left waiting by now, but the anticipated cardboard box does not appear.

Before long, I am left alone. I go to the information point and ask if there is any other place at the airport where my oversized baggage might be. There is not. So, I go back to the now stationary luggage carousel. I look at the remaining suitcases which perhaps will never be reunited with their owners.

There is no bike box. I’m tired, I feel sleepy and my brain does not work very well. Perhaps that is why I do not feel very nervous. I go to make a complaint. A nice-looking man checks the system. There is nothing. He says that it looks like the bike arrived. But there is no trace of the box. I ask if it would be possible to talk to the baggage handlers who may have taken the box off the plane. The man explains that he cannot give out such information, and that the bike may possibly still be in Rome, and that it will arrive the next day. I ask how he knew that it will arrive, since he does not see it in the system, and who will take the bike from one terminal to another. He says that somebody will do it. I look at him suspiciously. No, on second thoughts, it appears that he is not particularly attentive and nice, he is just as tired as I am and he wants me to go away. He has a polite tone, but his eyes show enormous fatigue and mild irritation.

I’m getting angrier now. I am angry because this is the beginning of a typical Latin American ‘locura’ (craziness). But hey, it’s Argentina. There has to be someone who can help me. I find the second baggage claim point, but another tired man says exactly the same things. I go back to the luggage carousel and stare vacantly at the remaining suitcases. I walk over to the black hole in the wall and part the rubber straps, thinking maybe the box got stuck somewhere in the tunnel? I can see darkness and nothing else. I sit down and pull a crumpled slice of bread out of my pocket. I bite and chew slowly. I have to make a decision. I have four hours until my next flight. Maybe I’ll try to do something more, but what?

Two people emerge from a nearby toilet. They come and ask what I am doing. I tell them about the mishap and, just in case, I ask if there is any other place to collect oversized baggage. They say there is not. We look once more into the tunnel. There is nothing. They also do not know where I can find the handlers who unloaded the plane from Rome. No hay drama, manana. Threre is not any drama, it will fly tomorrow, I think to myself as I walk to the toilet.

As I come out from the toilet, I see smiling faces. At first, I do not quite understand what they are saying. “Your bike is on the ground, it is lying on the ground”. I come closer and look. Yes, the box is on the floor. It must have fallen off the conveyor belt and onto the ground. 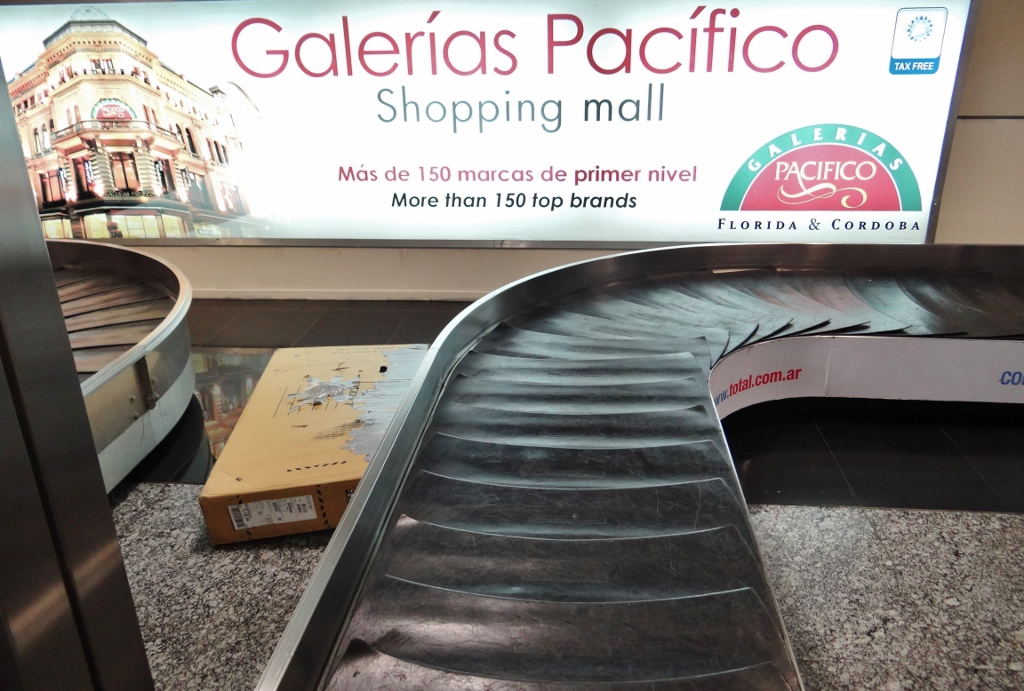 No hay drama. How many times I have heard this so far. I have been cycling only for three weeks, and it seems to me that I have been here for at least two months. How different Patagonia seems from my previous trip. Hospitable, warm, safe. Nobody refuses a request for putting up a tent, and quite often I am offered a cosy room for a night, as happened in Comodoro Rivadavia, where I stayed with Diego and Natalia. They invited some of their friends who prepared the best pizza I’ve ever eaten. Or maybe it’s just my impaired taste buds reacted in such a way, after continuous consumption of pasta? Maybe the pizza was not so good at all? And the hospitality is exaggerated too? Maybe it is not so delicious? Only the cold, the wind, and those hundreds of kilometers of empty countryside cause me to react enthusiastically at every manifestation of tenderness, even the slightest smile, the shortest glance?

I go and close my eyes. The wind envelopes me. Suddenly a fox appears. He sits nearby and doesn’t leave. I meet him almost in the same place where fifteen months before I met an armadillo. We talk. Ghosts fly over us, like swallows before the rain, low, no more than one meter above the grass. They almost rub against me. The next day I encounter a big Patgonian sea lion. On an incredibly steep slope, on which he had no right to be. He walked in and moved his head, saying something in his lion’s language, and then he left. 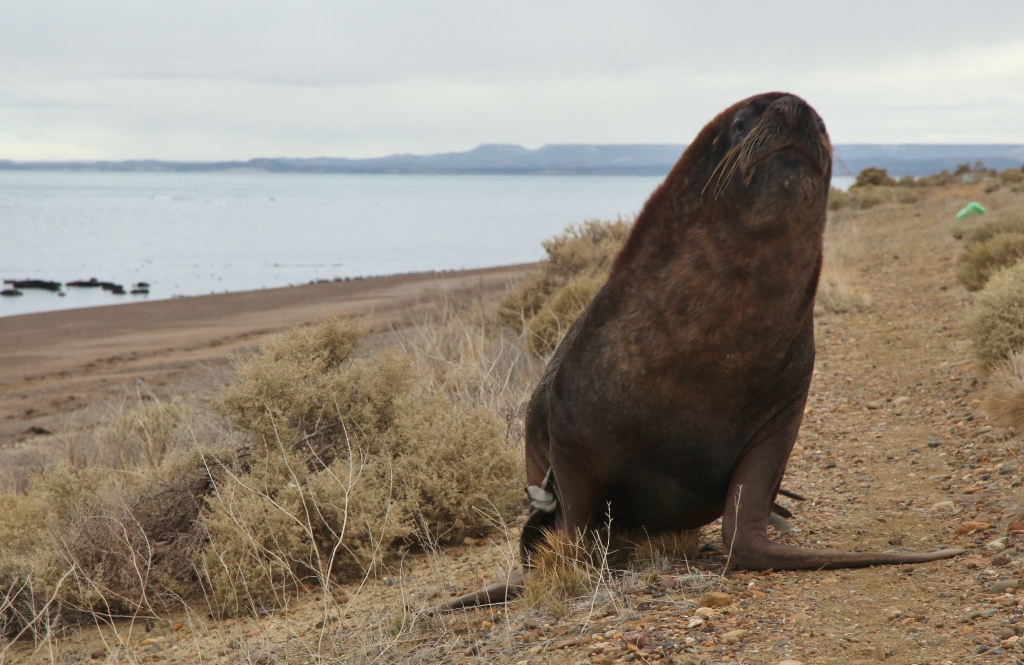 I watched him for several minutes until he became a small dot against the darkening landscape. No hay drama, I thought, and I hit the road again. To the north. A bit more.

A mí manera, despelucado, en una bici que me lleva a todos lados. On the bike that takes me everywhere.