If I ever go looking for my heart’s desire again, I won’t look any further than my own back yard. Because if it isn’t there, I never really lost it to begin with. L. Frank Baum 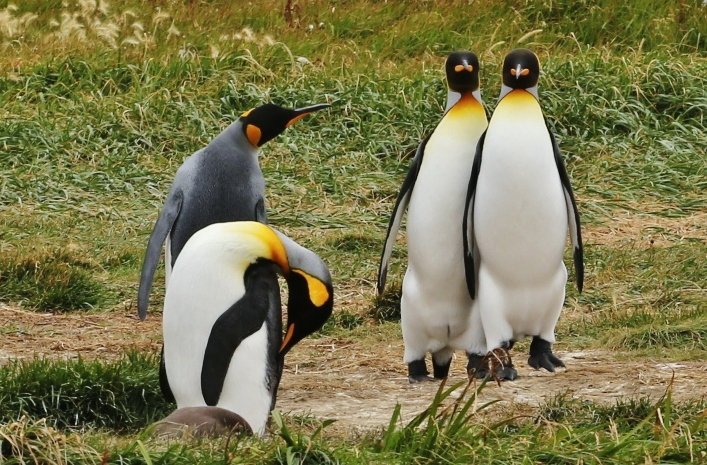 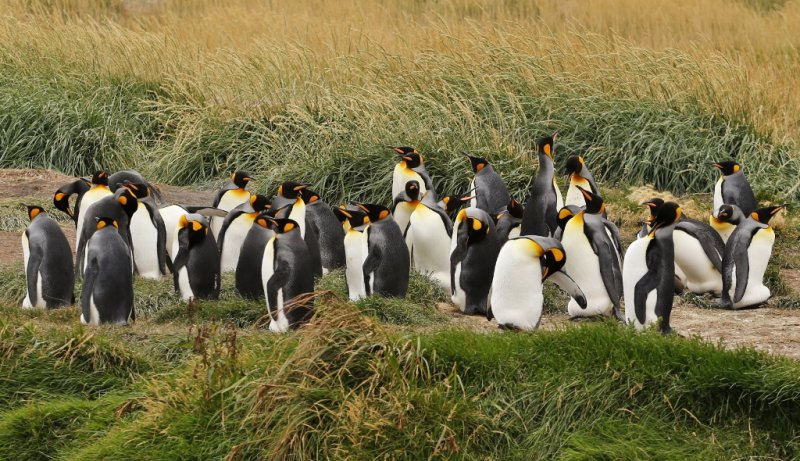 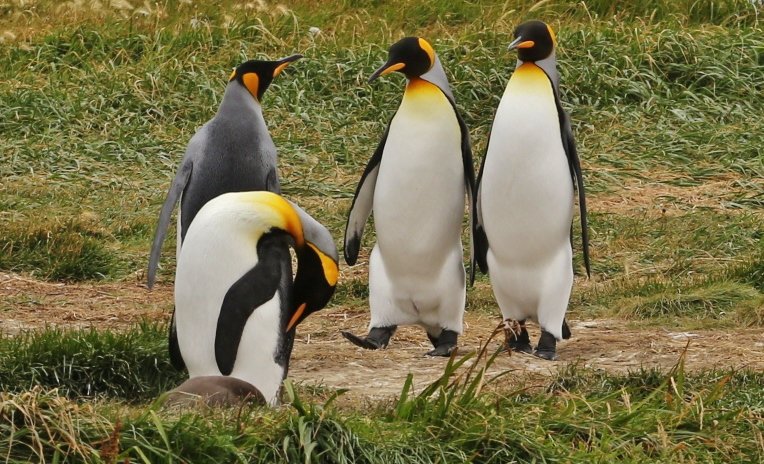 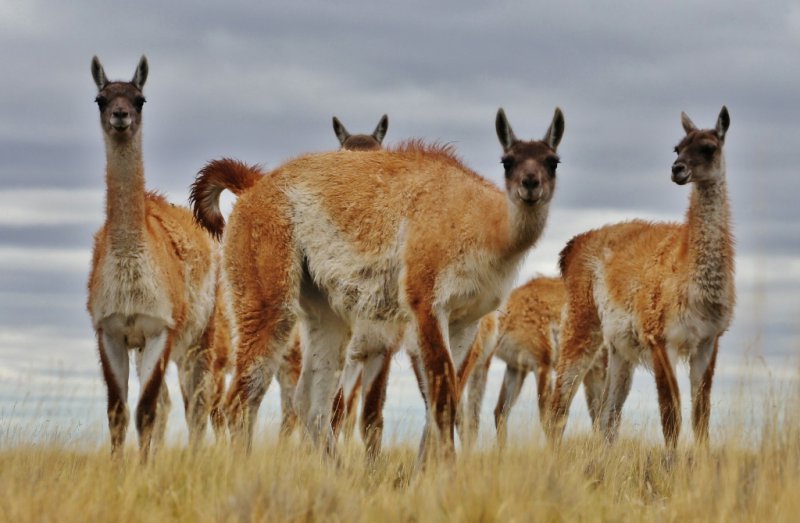 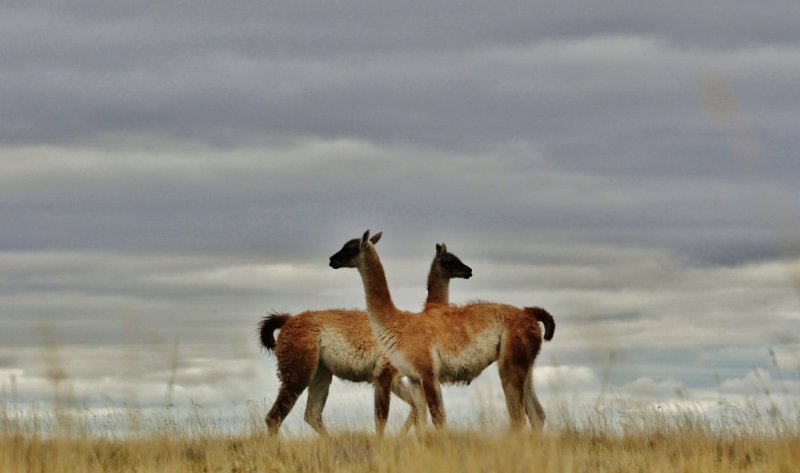 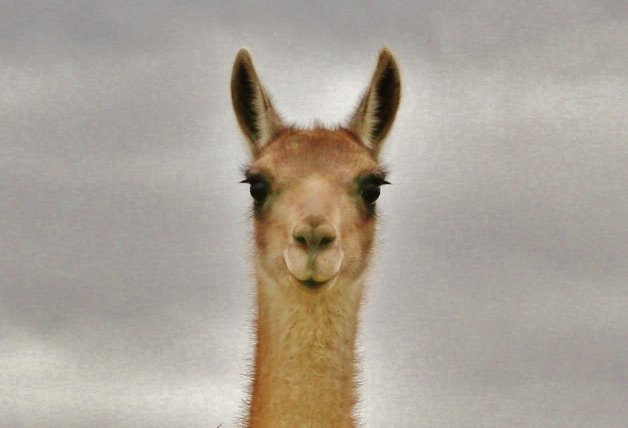 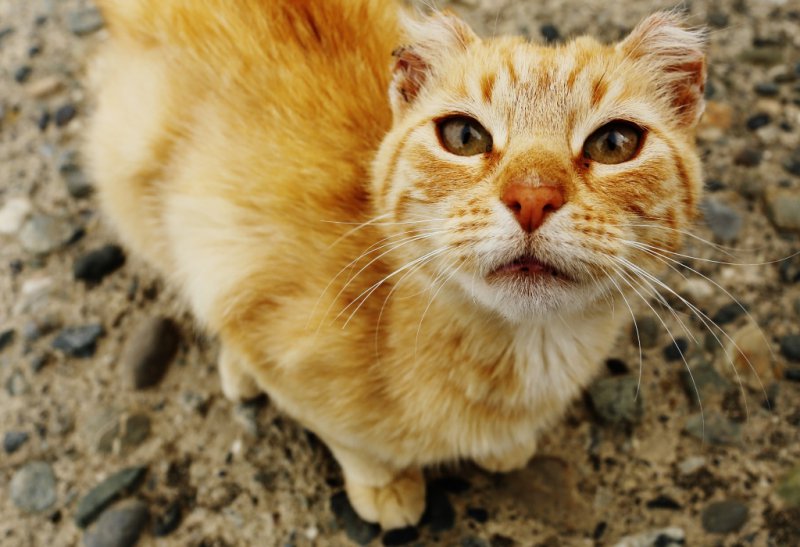 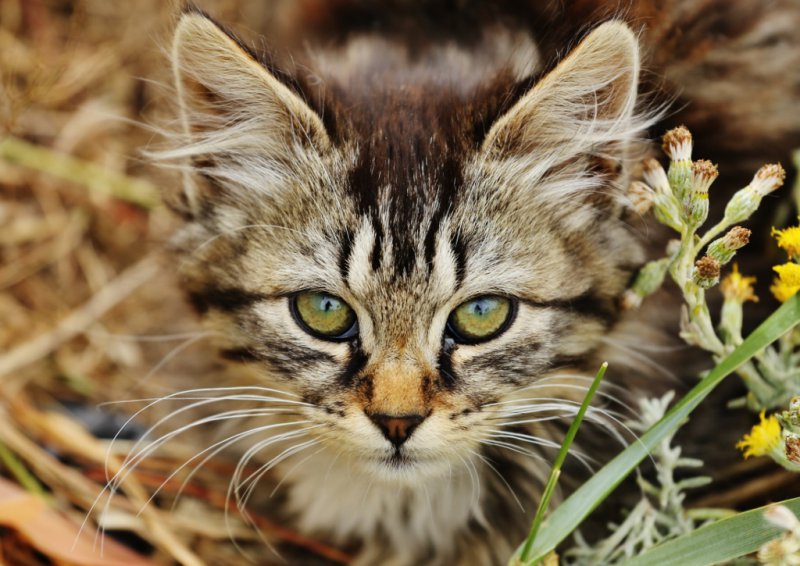 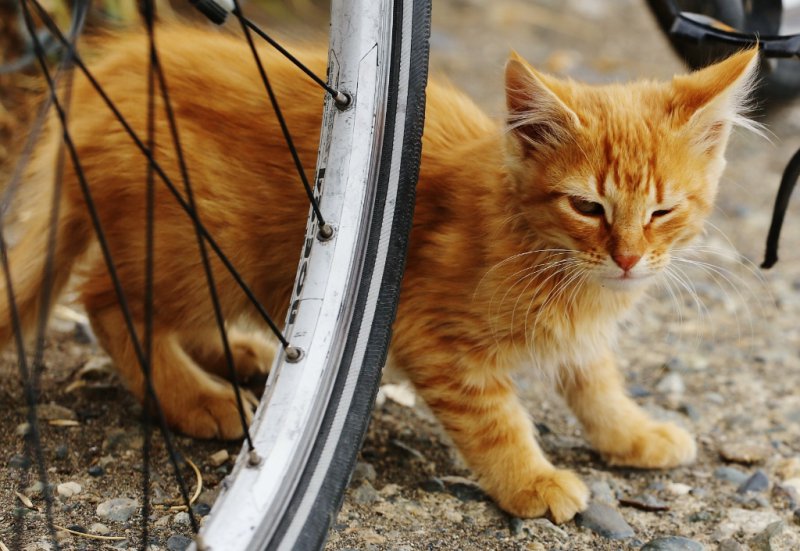 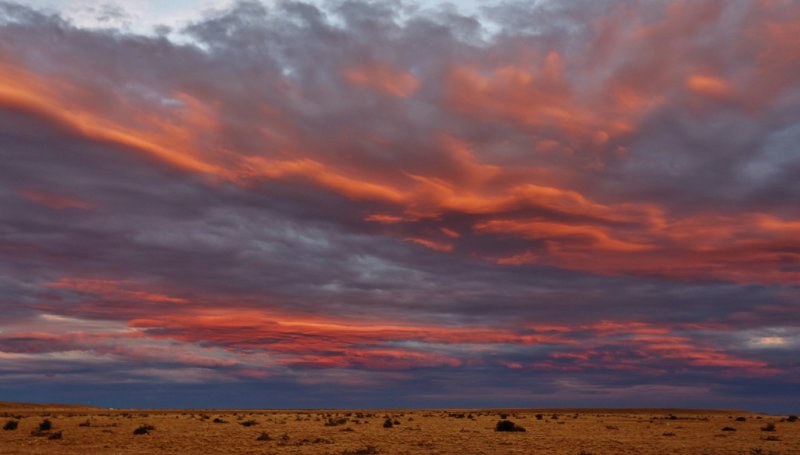 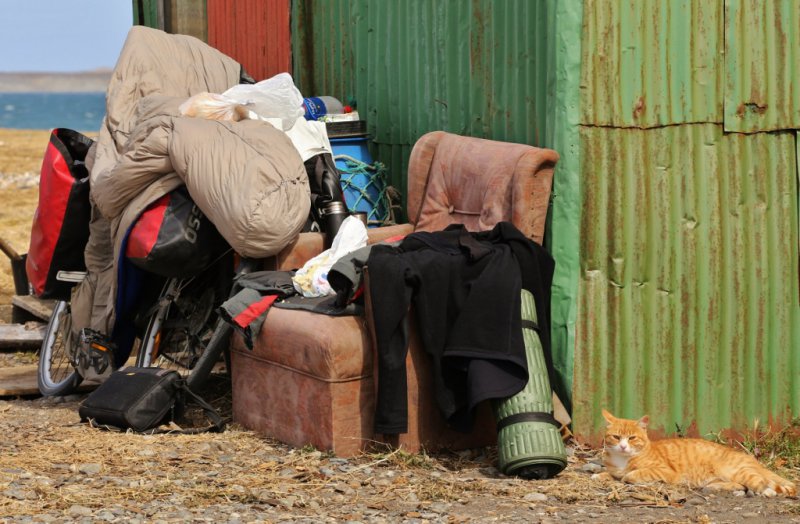 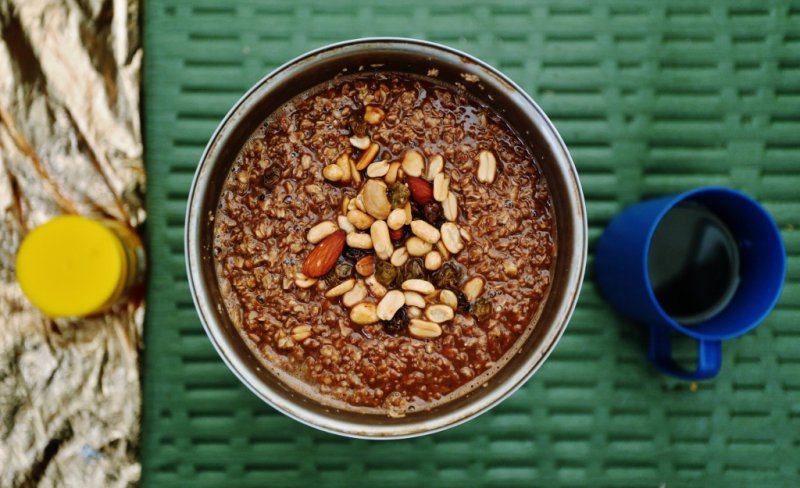 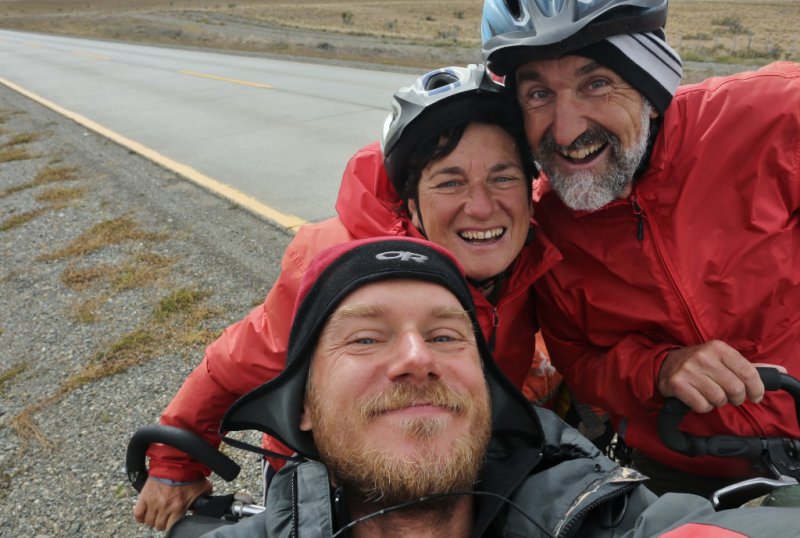 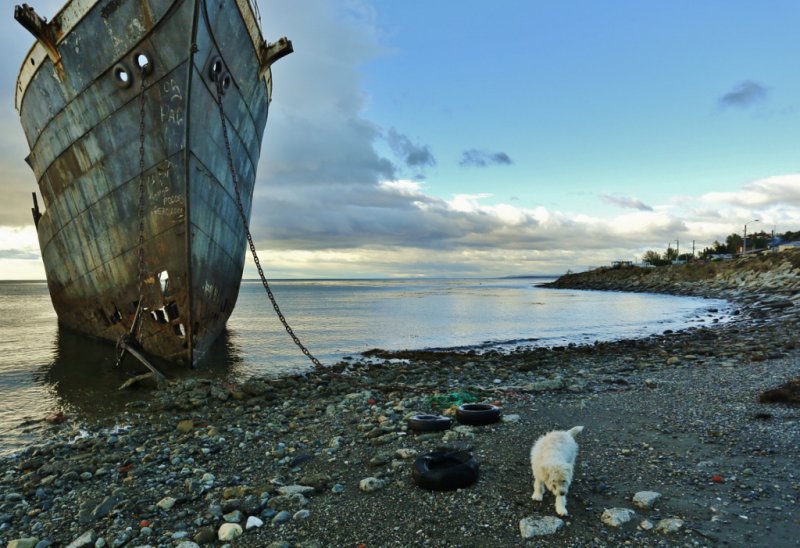 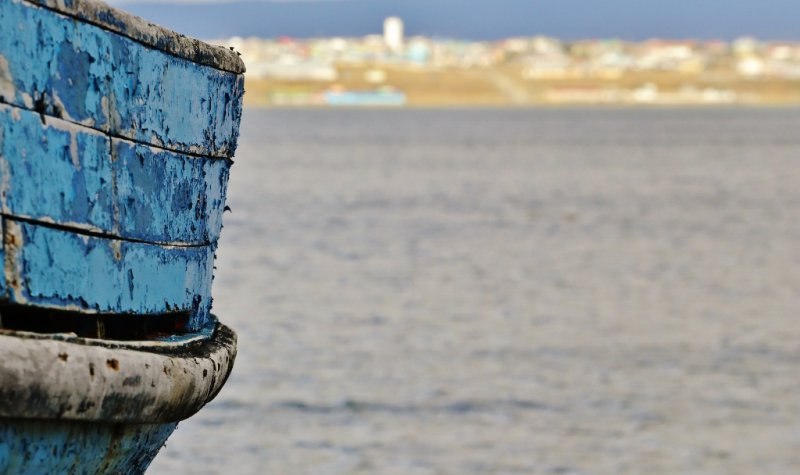 No sooner had I got off the ferry, than two ginger cats came up running to me. Funny, because I almost forgot all those cats I would meet on my way. The last one I saw in Peru. In Bolivia, and especially in Argentina, I was haunted mainly by impoverished dogs. And now, barely did I set my foot on Tierra del Fuego – a big, red-haired cat loomed, alongside with a sleepy, yet even more cute red little kitten. Not to mention three others, albeit not rude, but as charming as the ginger ones.

Being accompanied by that feline escort, I came to a small restaurant that suddenly popped into view. I thought that before I go to have a steak and a cup of coffee, first, I will feed these staring at me animals. I sat down on the stairs, took out my provisions and soon, the cats and I were gobbling some Argentinian canned food.

Looking at empty cans, the intestinal combo suited the cats’ taste very much so. I was about to fetch a second helping from the panniers, and I would probably have spent more time with the cats, if it hadn’t been for the abrupt appearance of the Argentinian tourist, who got off the restaurant and asked why I sat with the animals throwing litter about. I looked around but apart from my bike, three empty cans and the cats (which soon ran away after a kick from the man) – there was no trash on the ground whatsoever. Even the crumbs were inside the plastic bag I held on my laps.

I didn’t feel like talking nonsense, and I would be fighting a losing battle, anyway. Moreover, I wanted to maintain my beachhead that protected me from the wind, and within a radius of several miles I would not find a better place. I pretended I did not speak Spanish. But when I was asked why I ate cat food, I snorted with laughter, which unfortunately betrayed my poor, but still good enough ability to communicate in castellano.

As it turned out, the man was sitting in a cozy, warm room at the window just above me, and the view of a cyclist eating cat food and allegedly throwing litter really pissed him off. Dear Polish patriots! Do not worry that I tarnished good image of our country and that I fueled in that Argentinian tourist the belief that the Poles enjoy having cat food on their holidays. I interrupted and said that I was a German (for whom, actually, I am very often mistakenly taken), then I apologized that I desecrated the view from the window and stood up to collect licked out, empty cans.

While I was collecting my stuff and all, the man kept talking. I do not know if it was my servility that changed his hostile attitude towards me into something smooth and friendly, but I accepted an offer to have a cup of coffee in the company of his friends. Two handsome men I met inside the restaurant did not express any wild enthusiasm once they saw me, but nevertheless, they tried to maintain some interest in my presence, even if they seemed not to be fully convinced about aforementioned nutritional preferences of a German cyclist. To make matters worse, Germany beat the pants off Argentina in the World Cup and one of the man said, that it was unfair, and that Argentina would take revenge one day.

Just not to let the Argentinians “take an eye for an eye and a tooth for a tooth”, I changed the topic of our conversation and began to talk about my trip. When I answered the question how long I was on the road, Jose interrupted and said that I am a jammy devil and – what really surprised me – I have time but they do not. I nodded, but then I thought: who took your precious time? Who was it, and who possess it now? A boss? A wife? Your job? After all, whatever we do – it is a matter of our priorities, isn’t it?

The day before, I met two French people, Michel and Dominique, who had been cycling for almost three years. In Panama I met one Argentinian, who was on the road for nearly four years. Adela Tarkowska from Poland has been cycling with his man for over five years now and it does not seem that their journey is going to end soon.

Along the way, I meet quite a lot of similar people who do what they do, and they do not consider it as something extraordinary. They just live like that. Although who knows, maybe they have another point of view? And everything they say is just rubbish? But it seems to me that what they say, it is precisely what they think. They just chose such way of life, neither worse, nor better, simply their own. They have time. They have it in abundance. On being together, on cycling along, on watching sunrises and sunsets, on mutual conversations, and on doing what they feel like doing each day.

But most of the time they do not do anything. And it does not matter whether it rains, whether they push their bikes against the wind, it is absolutely unimportant. The important thing is that no one tells them what to do, when, where, which, why, that no one possesses their time. That no one tells them how to live, what to do with the following days, with approaching hours, with every moment of their lives.

And that’s all I wanted to say to my new Argentinian friends, who may have felt down even more, cause they lost the World Cup with a country whose inhabitants devour cat food, but it probably would not make any sense. After all, they clearly indicated that I have time, and they do not. And I myself, with my silly rambling, would certainly not restored it to them, and by the way, I would lose my very own time, indeed.

So, rather than engage in a futile, agonizing prattle, I went to Porvenir to snoop on the penguins. I turned west, straight in the mouth of the gusty wind. Three days of a murderous way, and then, the last day, the wind almost stopped, and I felt as if I was invited to be inside of its chamber. Tierra del Fuego is filled with ghosts. And with the presence of those who were there before us. Before me. And before a big, red-haired cat, the last ginger feline lady that came up during my last day on the island. She crawled, brushed against my stretched arms, and then she disappeared. She did not even finish her canned food, or maybe I ate it for her, and I was only dreaming about something, well, but she is in the photo, enjoying the sunshine next to the chair where I was lulled to sleep by her purr. And when I woke up, she was gone.

So then I went to see the penguins. The royal ones. Instead of Ushuaia. Instead of the end of the world. Please do not ask me why I did not go where, perhaps, I should have got. I did not want to end that trip. The trip, which however, has to be completed. Or does it have to really? Yet, I thought, that this journey, that ten-months struggle with my thoughts somehow could be fooled and it would last forever. Without my taking part in it any more, or only with my small engagement. Without cycling. Even without my presence.

So the last morning finally came. It came on time, after the last night in a tent and before the last portion of cereal with raisins for breakfast. At the crack of dawn I walked to the rocky beach. To the shore of the Strait of Magellan. It was cold and quite windy. I was looking for a proper stone. It took a while, but finally I found what I was looking for. Round, gray, almost ordinary, but still unique. Because in that stone I decided to put my journey. I close it in my hands, clench it tight and entrust everything I encounter during that trip to a cold, precious object. And then I throw it away into the water. It falls with a splash.

When the sounds of dreams falling to the bottom of the sea subside, I lean down and listen intently to the lapping of the silvery waves. And finally, all those much long-for words appear. I can almost feel them. They smell of the spring, meadow and hope. One would like to dip into them, to let them touch and cuddle. Whoever has ears, let them hear. So I listen. The waves murmur, the gray pebble amidst the waves gently whispers: