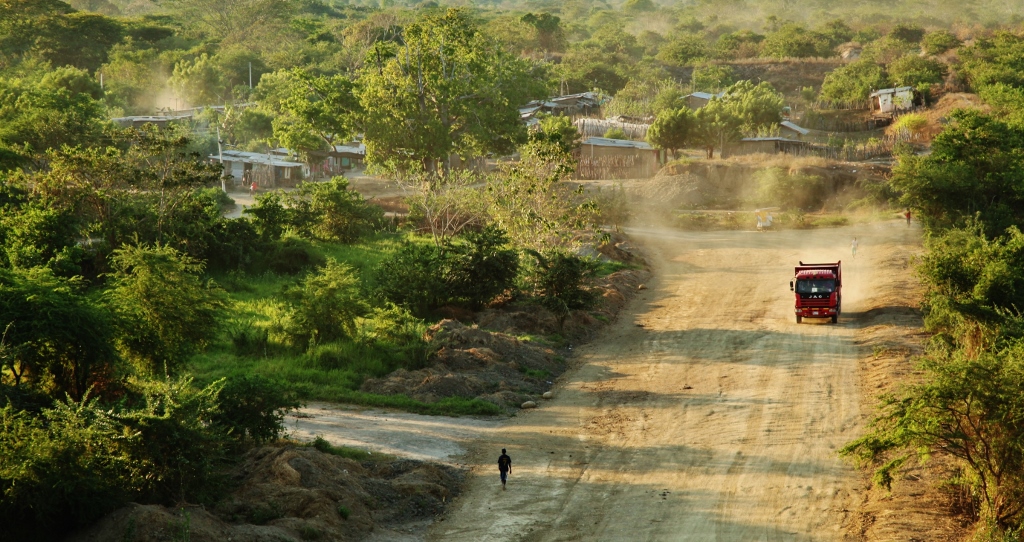 “We should not judge people by their peak of excellence; but by the distance they have traveled from the point where they started.” Henry Ward Beecher

I can’t deny – I do like coffee. I could say even more – I feel a deep respect for it. There is almost an intimate bond between me and coffee that binds all mornings into one aromatic, caffeine continuum. I belong to that group of people who usually fall asleep after drinking, instead of being stimulated. So, I do not have to refuse one cup in the late afternoon or even at night. And I drink a lot and I prefer it strong.

I am spending the last days in Colombia – the country which is the third producer in the world when it comes to the amount of coffee produced annually, and it is famous for its excellent quality. There is no doubt whatsoever that Colombian coffee is one of the best in the world. Nevertheless, despite of its good reputation many foreigners who come to Colombia find it strange when they want to buy a good coffee in the street, hotels or even a family home. Majority of Colombians, who are so proud of their product, do not know how to prepare that drink. As Paul Bocuse (a French culinary celebrity) once said that Colombian coffee is like “dirty water”.

Please, do not misunderstand me. The coffee here is good, well, it’s perfect but only if you prepare it yourself. And surely, as long as you succeed in finding it well ground and roasted. Those conditions, in addition to the appropriate mixture of water and coffee, are the key to making a good drink.

Colombians have their own word for “coffee” – they call it “tinto”, which could be loosely translated as “stained or inky water”. Tinto is sold almost everywhere, and you can get it for an equivalent of a few cents from street vendors who carry their thermos-laden, home-made carts and trolleys all over the country. Tinto is usually extremely sweet and diluted. I would say that its taste resembles “something with a taste of coffee”, although it might be better to describe it as “water with a taste of sweet syrup”. It is usually served straight from the thermos, and when it is cold (because the Colombian thermos do not hold the temperature too long), it is reheated.

Surely, there are some people among the readers who do not drink coffee at all. So, I would like to mention that coffee considerably changes its flavor after about thirty minutes of “aging”, whether it fills a cup or a thermo. It is obvious that after some time it finally gets cold, and cold coffee actually changes into “dirty water” – unless we like a frozen one, but that’s another question about which I’m not going to elaborate here, because with ice I drink only whiskey.

So, why do they drink so bad coffee in Colombia? Is it just a question of another taste and Colombians really like what they buy in the streets? Then, in principle, this issue should not be moved at all, because de gustibus non est disputandum, there is no accounting for tastes. But if even locals admit that their tinto has little to do with a well-brewed espresso, then it must be something brewing in that matter.

Let’s look at the statistics on the annual consumption of coffee in the world. In Colombia it is less than two kilos per person, while, for comparison, in Finland, the consumption is twelve kilograms per capita, in Norway ten, and even in the small country as Bosnia and Herzegovina (rather unknown for its liking for coffee) – six kilos per person. And perhaps here, apart from economic factors (because the best coffee is more expensive and for many years Colombia exported its best grain and left the lowest quality for domestic consumption) we should look for a source of disappointment, a kind of feeling which wakes up among foreigners visiting Colombia and expecting euphoric, gustatory elations.

Colombians normally do not drink much coffee and are not accustomed to more elaborate formulas like cappuccino or a latte macchiato. And when they do drink it, they conform to less quality. Many Colombians have breakfast with hot chocolate, juices from a variety of fruits or panela – a drink prepared from a brown, sugary substance. Not so long time ago, tinto was being added to dinner for free, as it is now “agua de panela” (water with lime and panela – sugar obtained almost directly from sugar cane, sold in sugar cubes). 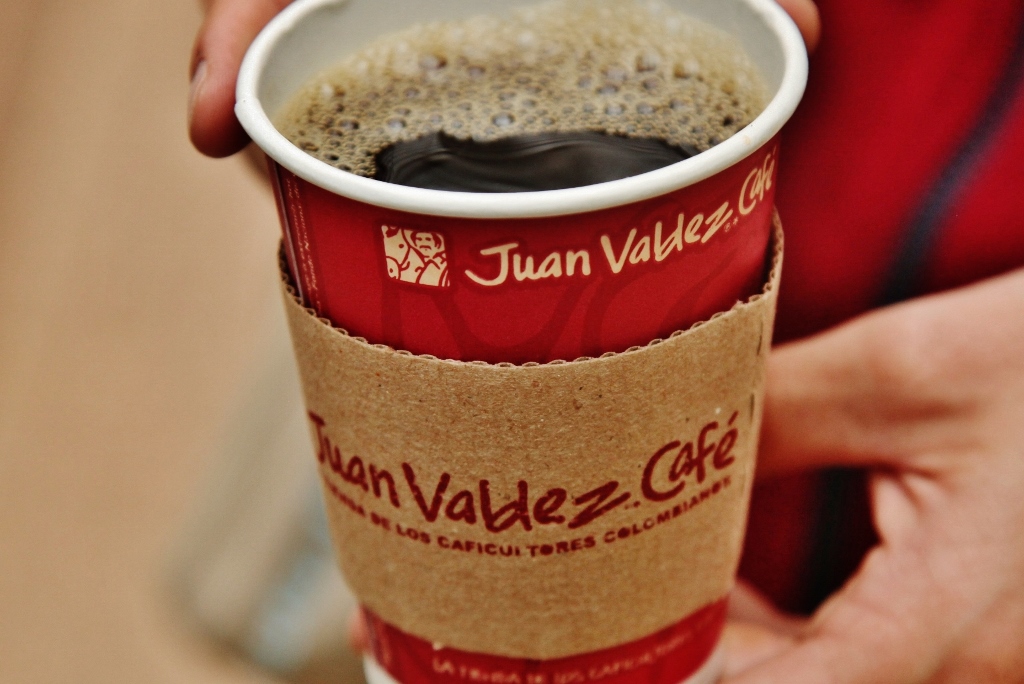 The coffee machines used in Colombia are usually huge. Generally, they are quite good devices from which one could make a great espresso. The problem is that the cloth filters are not replaced very often, which obviously affects the quality of the finished product. Large quantities of coffee are prepared for a day and then, the drink is warmed over and over again, so it not only loses its freshness and original flavour, but actually turns into tarred sediment.

So are there no places in Colombia where you can buy a decent cup of coffee, and there are no people in the country who can properly brew it? Of course, surely they are, but it is difficult to find them. One could say that instead of moaning about the incompatibility of my own and Colombian tastes, I should prepare a cup of coffee myself. As I like it. After all, almost every store offers fantastically burnt and ground coffee, which I can put into the coffee mug to enjoy a unique, slightly acidic coffee aroma.

Yes, I could prepare my own coffee, but believe me, after a few hours of pedalling under the scorching sun, after climbing another heavy uphill, I really would like to find a good place to get a coffee, instead of looking for a shadowy spot to stay, and then pulling up the stove, firing it up, heating, brewing, waiting and so on. And it is a pity that in Colombia I have to prepare coffee myself, but well, as I said earlier, I like it strong, so strong, that accustomed to tinto Colombians probably would not touch at all, because for them it would seem to be just disgusting, smelly tar.

And maybe we come to the heart of the problem (if one could call it “problem” at all). Because, what on earth “brewed well” means? After all, there is no one “proper” way to brew. I like it strong, someone likes it weak. I do not add milk, someone likes ice and so on … In terms of tastes everything is relative. And I am from Poland, so I probably have an innate tendency to complain and to pick holes where they may not be any.

Well, but weak, transparent coffee, warmed up five times, served with three tablespoons of sugar and nearly cold? No, after all, I’ve had enough. I will make an effort and will look for a shadowy spot to perform my loved, caffeinated ritual. And when you come to Colombia hoping for a good espresso, do not forget to bring your stove-top espresso maker, or at least a spare sock. Bon Appétit!