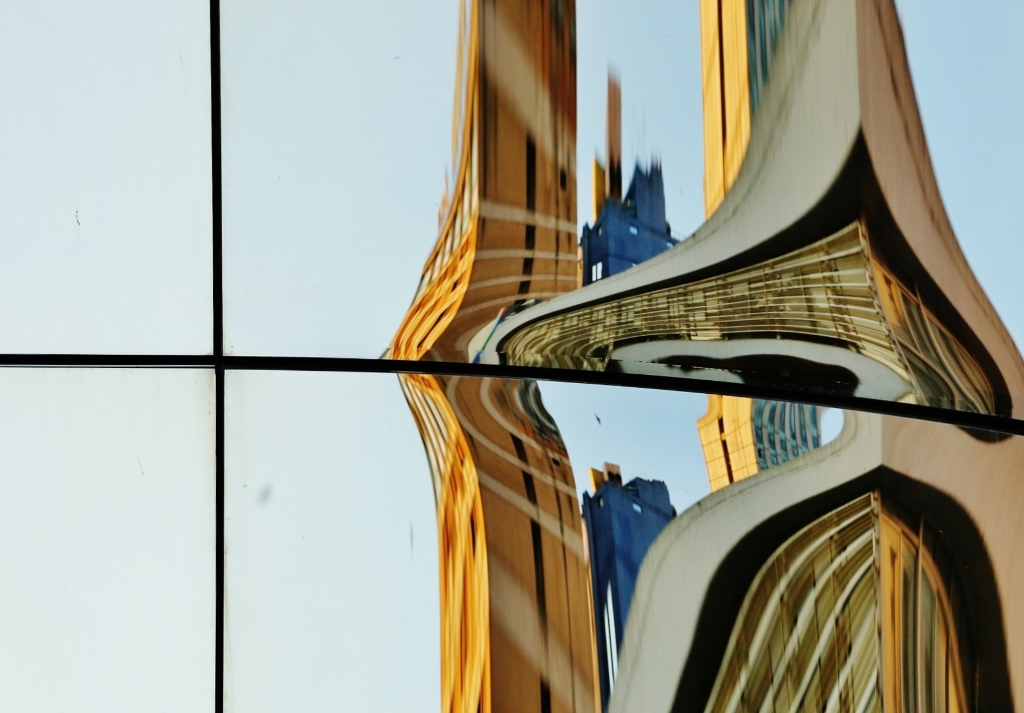 Have you ever noticed this peculiarity some people have? It is either the sign of an evil nature or of a profound and lasting sorrow. Mikhail Lermontov

It all started with Marcos. A friendly-looking man came up to me at the gas station where I stopped to rest in a soothing shade. After five minutes of conversation, Marcos offered me accommodation in his house. I did not ask. It happened itself. As soon as we got home I met two girls, Sophie and Amelia and their older brother, who gave me his room for a night.

Firstly, I took an awfully long shower, then I ate even more awfully, exceptionally big steak, and finally, I repaired two small bikes, although the whole “repair” boiled down to adjusting of wheels and brakes and lubricating of the chain. The ominous outcome of fraternization with Sophie and Amelia was already looming on the horizon, although mutual familiarity and stalking were being prolonged almost till midnight. The girls – usually very shy and distrustful of strangers – came on my head (alas, literally again) during an oddly sounding game called Papa Francisco. It’s hard to say what the game was about, and its rules to this day remain to me a mystery. Anyway, the whole mess, noise, and loud running through the rooms ended up very late at night, to mum’s consternation, who did not know whether she could already go to bed, or had to wait patiently until the girls calmed down enough to replace their incessant hiccup with sleepiness and fatigue. In the end, mother was first to resign, then dad, Amelia and the youngest Sophie next, and finally – Peter, myself. Brother had enough much earlier and left the house to see his friend.

It’s better to look at the blue sky, to enjoy the sunshine, being happy on the road. I pull the sun behind me. I nearly forgot it. I do not remember the last time when I thought that way. That I pull the sun behind me, that it clung to me ages ago and still does not want to leave. And that I will draw it with me wherever I will get. And that maybe someone sees that sun, or even feels it and that somebody has something from it for themselves. It must be so. That writing and that trip must have some weird, unconscious sense, perceivable even for me, because without any warning, even more unexpectedly than an invitation from Marcos – I suddenly got dough for Argentinean chops.

Neither I wrote anything nor I asked about it. Maybe it is bad that I did not, because it is not fun to walk at the back of supermarkets and pick up (still tasty) stale food. It is not fun to go to a restaurant and ask if you can take some leftovers from the table. When I was a teenager and wanted to be a punk – there was some charm in it. Now, it is not so cool as it used to be. Although you may still ride that way, now I think that’s not the point of getting through the world.

Lukasz Supergan, my Polish friend, following suggestion of Przemek (another Polish buddy) launched the campaign on facebook and now, I am able to buy several pounds of pork chops. With a few exceptions, those people who helped me with their money, were complete strangers. Or maybe not entirely strangers, cause they know me a little, by reading my words, and looking at the photos. Anyway, now I can afford to buy a decent dinner every day till the end of the trip, and finally I am able to change some parts in the bike.

Someone sent me an email in which he said that I write a lot about loneliness, but I’m not cycling alone. That there is power of many people who send warm thoughts in my direction, and that they are that wind themselves. The wind that pushes me forward. I read this email through my wept eyes, because I thought to myself that so many times I already wanted to stop writing. Certainly to stop as soon as I return. To write two, three more entries and that will do. To get rid of that feeling that I write to the wall. That I go in silence. In silence, beyond which there is nothing more than emptiness. And if there is something, it is only the echo of my own thoughts, filled with sorrow and longing, still crossing my mind in my dreams.

I smile. And I am grateful. I smile to everyone. How much grateful I am for that unexpected support, for that wind from the north, for blowing in my back, for all warm thoughts and good words in emails, thanks to all of you. I watch the sunset and weep with joy, because I know that I will bring the sun to Poland. I do not know from where exactly, from Patagonia, or maybe from Mexico. Because if the north wind changes, I will not torture myself. I will get up in the morning, turn my bike and will go to the north. I will go back to Mexico even if I had to go to Tijuana. What’s the difference? Ushuaya, or Tijuana – both sound as if they did not really exist. Just to feel this joy as long as I can, just to feel that wind, which does not want to stop blowing, just to feel the sunshine, and, all in all, fuck it that I will not get where I wanted. It could not materialize anyway. So be it.