“The ideal travel book’, Christopher Isherwood once wrote, ‘should be perhaps a little like a crime story, in which you’re in search of something.’ And it’s the best kind of something, I would add, if it’s something you never find.” Pico Iyer

I’m already in Mexico, the thirteenth country on my way from Argentina, but let’s go back in time and space and return for a while to Panama – “the land of our dreams, where everything is different and much bigger,” as Teddy Bear said in one of Janosh’s books titled “The trip to Panama”. This country will always remind me the archipelago of the islands Bocas del Toro, where several months ago I had been writing my latest book “Sen powrotu” (Dream of Return), and where I was glad to accept generous hospitality of Józek Gwóźdź (his surname, very difficult to pronounce for English-speaking people means a “nail”) – a Polish catholic priest who has lived in Bocas del Toro for a couple of years and soon will be responsible for co-organizing a very special event (not only in the Catholic Church), as Panama will be hosting the next World Youth Day in 2019. If anyone is interested in Józek’s job, there is his website: www.misjapanama.pl 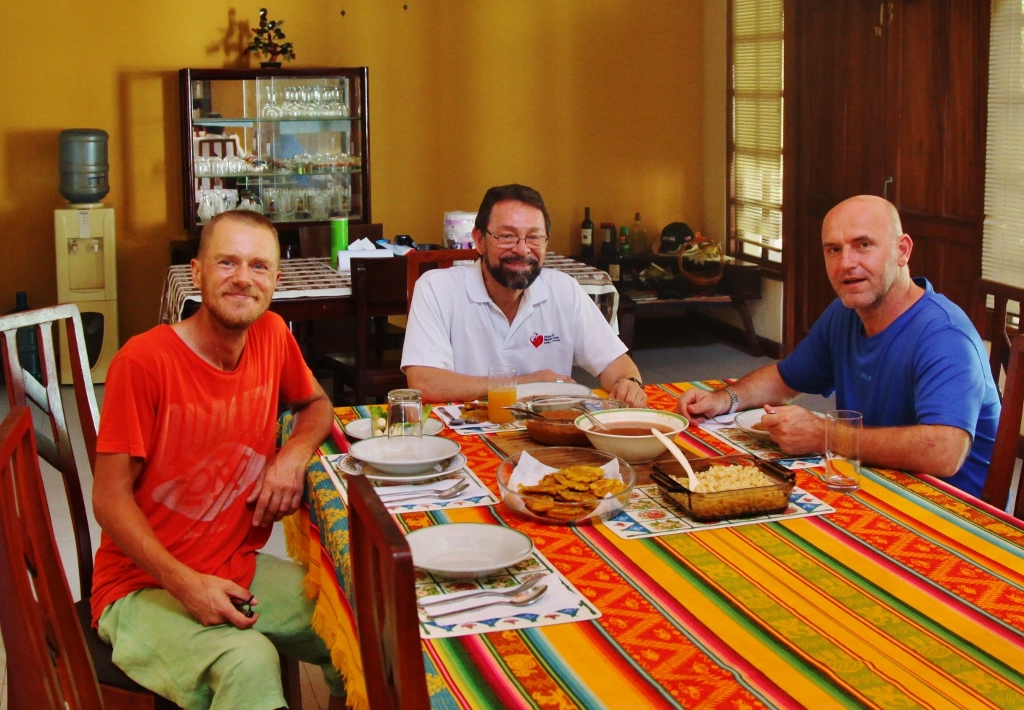 This time I spent only a few days on Bocas del Toro. A few days of resting in safe and friendly environment, with good food, on the paradise island surrounded by the calm sea – what more could you expect to be happy? Nevertheless, similarly like the previous time, I could not escape from feeling some kind of incompatibility, or disharmony. And I am not writing about the bishop’s residence in which I stayed nor the people who lived in it, far from that. I am writing about the island itself. I could not stop feeling that mismatch between what was inside of me and all those various physical stimuli that surrounded me and which I had to – albeit unwillingly – experience too intensively. One should not come to that island alone, with their own loneliness. Even if the cats are coming out of their nooks to soften that feeling. 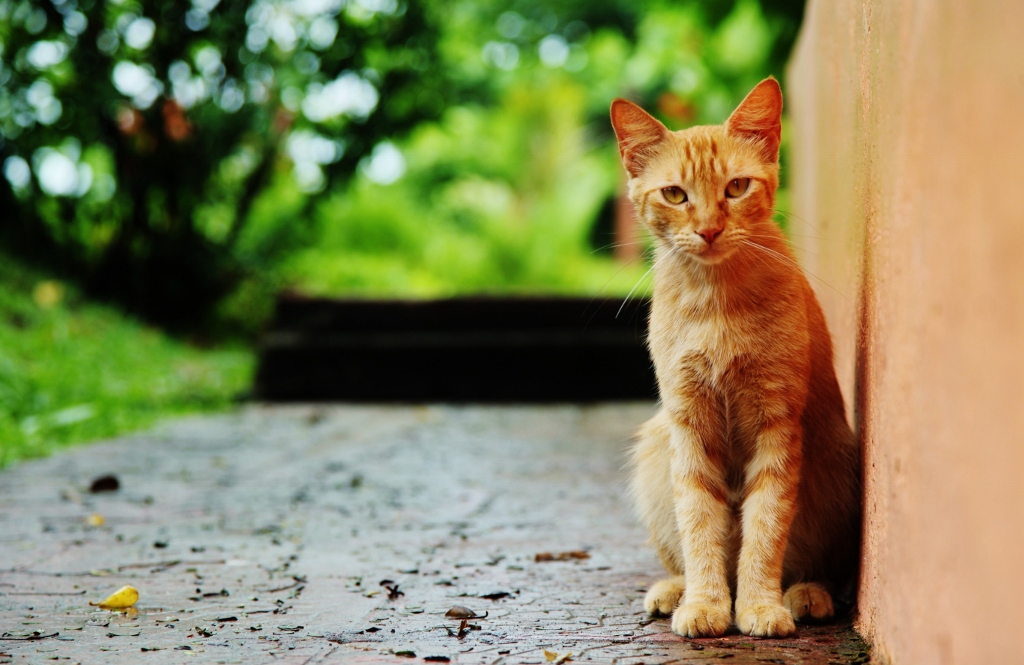 And then more countries: Costa Rica, Nicaragua, Honduras, Salvador, Guatemala, and finally Mexico. Despite so highly developed communication techniques (even in the backwoods people use smartphones, not to mention satellite TV), it didn’t change a lot on the cognitive level. Everybody builds their image of the world watching stereotypical, biased and usually dramatic TV news.

In each country people warn me off going to the next one. In Peru they advised not to go to Colombia, in Colombia warned off Panama, in Panama warned about smugglers in Costa Rica, in Costa Rica – about corrupted police in Nicaragua, in Nicaragua – about gangs and youth in Honduras, in Honduras I heard that in Salvador I will be robbed and decapitated as soon as I cross the border, and so on and so forth.

But in spite of all these ominous warnings I still keep going. I cycle surrounded by ghosts and Jesuses, sometimes stopping surprised to look at such curiosities as “Selling Tires Saint John Paul II”, a meat shop “Jesus Maria”, a shoes shop “Who is like God?”, or a coffee shop “Holy Heart of Jesus”. Among those ostentatious emblems of alleged though highly doubtful devotion I go constantly warned but all the people I meet are invariably good, hospitable and friendly. Am I surprised? No, I’m not surprised at all.

Maybe they simply return a smile I usually wear on my face, or maybe it’s just a sham that hides their true and terrible character, which however neither I can see nor I can feel. I cycle in the scorching sun, in deafening noise of the passing trucks, I follow lots of unpaved roads, which are full of surprises such as not-always-clearly-marked “hops” (reducers of the speed) or the holes (in which the half of my bike would fit), I put up the tent in ditches, I cycle through some of the most dangerous countries in the world (at least it is what you may hear in the news), but nothing bad happens to me.

Since I left Panama, I have not experienced any form of aggression; I have not heard even one bad word. On the contrary – even if I don’t expect anything I still receive something. Accommodation, sometimes clothes, but usually – lots of food: fruit, bread, some local specialties to try (I still remember the taste of delicious Salvadorian pupusas, served with a whole jar of cabbage salad), or even panela (cane sugar, about which I have already written).

It turned out that panela is not only an essential component of Colombian cuisine, but it can be bought throughout Latin America countries, including Mexico, where it is known as piloncillo or panoche. The process of preparing panela itself, at least in theory, seems to be very simple. The sugary juice obtained by squeezing sugar cane is cooked for several hours until it becomes more dense. Then the thick liquid is poured into the appropriate molds where it remains until it hardens and turns into a solid form of panela. Although today the production is becoming increasingly industrialized and panela (or piloncillo – as it is also known in Mexico) can be purchased in almost every supermarket, many people still continue home-based manufacturing.

Well, and what about Mexico? Well, Mexico still exists and is full of cats, of course, one shouldn’t be surprised. At least I shouldn’t. Even if they are not the same, it is enough to look deeper into their eyes to see what is usually hidden for us under the thin layer of unconsciousness.

I got to Rigoberto’s home town almost at noon. I easily recognized the gate through which the little red cat wanted to escape. And the whole house, where basically everything started. In which the dream began. The dream of return. Although still unfinished it is already long-lost and forgotten.

Because the ginger gata passed away. She was already dead when I wrote my previous book; in fact, she was no longer in that dream two weeks after my visit to Rigoberto’s house. La gata, a little red cat, was bitten to death by a dog, a sweet, little pit bull. Maybe the dog just wanted to play, maybe he did not want to hurt her, but anyway, this time nobody was running after me so I didn’t have to regret leaving. 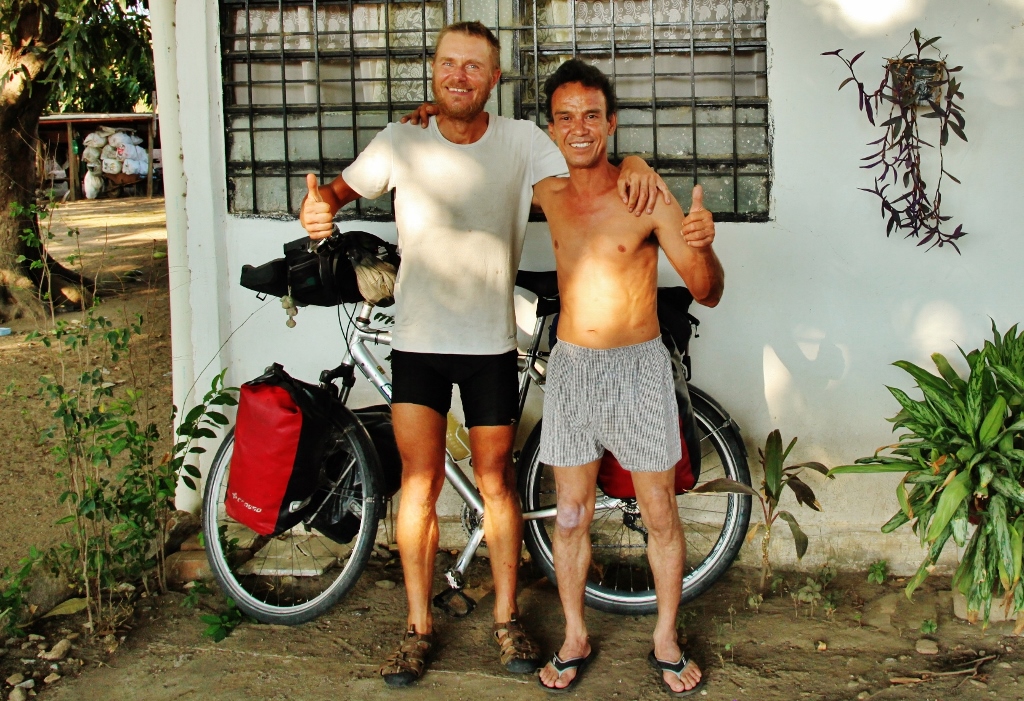 Rigoberto recognized me. He wanted me to stay longer, but somehow I was not in the mood. I sat at the table, listened to some stories, I nodded that it was a pity he could not go with me on the road, I ate some fruit, looked at the same furniture and paintings that I remembered for almost three years until finally, overwhelmed by all those memories I got up from the chair, thanked for everything and went on the quiet day of improvisation, on the bare road, deprived of all old passions. Only bare life remained.

“But what is the meaning of that nudity? The enormous ignorance embraces you in this silence, powerful and swaying. But still, peace and quietness are in here. They are important. Like premonitions of eternal silence, eternal rest and eternal ignorance.” Jarosław Iwaszkiewcz

2 thoughts on “Sleep inside”