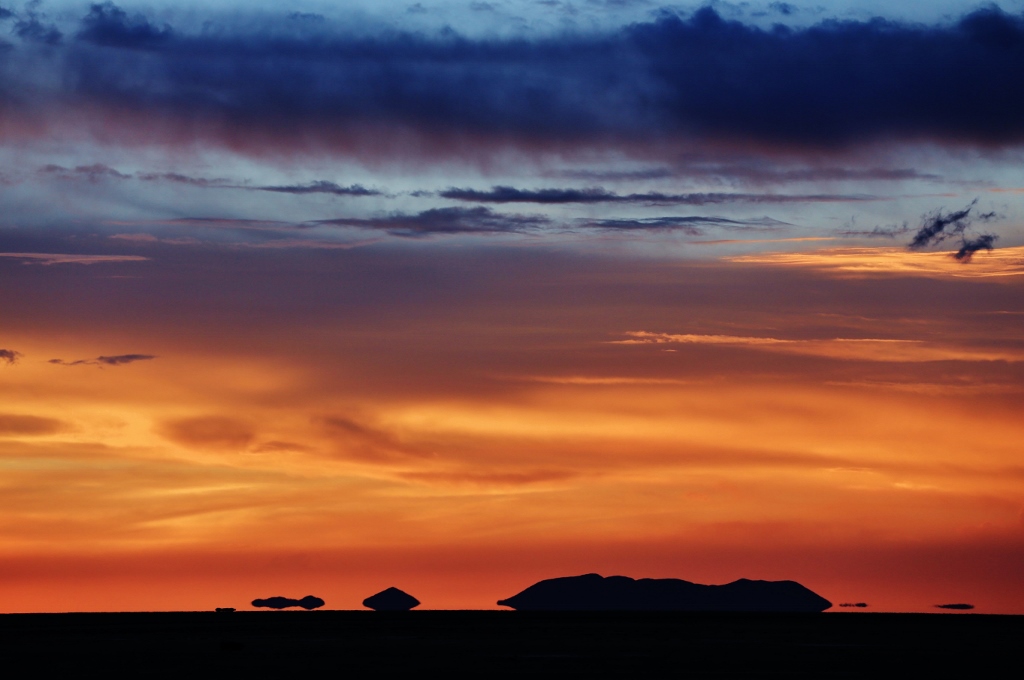 All of humanity’s problems stem from man’s inability to sit quietly in a room alone. Pascal

Although I would like to stay longer at the rectory, after a few days of recovery, I finally said good-bye to padre Jacinto and his charming Polish and Bolivian friends. Unfortunately, I refused to accept the offer to become the second padre in the Bolivian parish at (almost) dried lake Poopó. The next opportunity will probably not happen again, but I think that offer was not seriously submitted anyway, and, moreover, I’m sure I would not be a good priest at all.

Those few days with a group of Poles had a salutary effect on my nut. I can not remember the last time when I felt so well in the company of, after all, strangers. I took a liking to Jacek so much, that  I nearly suggested him accompanying me on my way. Unfortunately, for that moment our priorities are mutually exclusive, so my proposal of holding an office of a travelling colleague was also rejected, and undoubtedly – taken as a joke.

Regarding health, I feel far less dizzy, even my nosebleed almost ceased, although one morning I caused panic, leaving the bathroom with dried blood on my face. In fact, the whole morning was poor and my body also released another kind of matter, not just from the nose. So I went again to the hospital, but the examination did not reveal anything alarming. I thanked for the drip, and, as usual, I got another set of colored pills on the road.

I greeted familiar emptiness of the salar but I couldn’t find myself in its space. Maybe it happened because of the contrast of that empty landscape with those lively, warm reminiscences of the evenings at the rectory, still disconsolately wandering somewhere among my thoughts. Suddenly I began to get lonely even more. And what can I do with all that autonomy in the desert, what with all that self-sufficiency, liberation from unfamiliar ways of thinking, from measurements and assessments of other people? Suddenly I felt like a typical zoon politikon – a stranger in his own world, who breaks for the presence of another human being.

Man is by nature a social animal; an individual who is unsocial naturally and not accidentally is either beneath our notice or more than human. Society is something that precedes the individual. Anyone who either cannot lead the common life or is so self-sufficient as not to need to, and therefore does not partake of society, is either a beast or a god.” Aristotle, Politics

People are afraid of loneliness and isolation. This fear of becoming with themselves, without a rhythm of the music, without the sounds of any noise, is a characteristic feature of the present. Peace and silence cause immediate sense of emptiness, boredom, anxiety. Because the most of contemporaries have nothing to say to themselves. Jan Szczepanski

Maybe I also have nothing to say to myself? Recently it occurred to me that I write on this site the same things, still using similar words. Over and over again I repeat myself, I don’t create anything new. As if I tried to find an answer to a question, when in fact, it’s impossible, because how can I find the answer, since I can not even properly formulate that question?

Even wandering around an impossible to decipher phenomenon, impossible to understand, but a  sort of wandering which could be describe as approximating, sensing and guessing – has its deep meaning. B. Pociej

I’m cycling on the salty lake. On the same salar, on which I cycled nearly seven years ago. I remember that at noon I met a couple of Austrians, who were already one and a half years on the road. They started in Alaska and they were heading towards Patagonia. It was August, and the day was very windy and far too cold. We spoke just a moment, but I still remember their faces. And their sparkling eyes. They were looking at me with a sight, in which the wind was blowing, the sun was beating down, in which the months of the trip engraved a sort of slight madness, mingled with the merest joy of being on the road. I looked longingly at the vanishing silhouettes until they turned into small, dark dots. Their shapes swelled in the hot air, seemed to float lightly on the lake, and eventually dissolved and disappeared, seized by waving, white emptiness of the horizon.

In the gathering dusk, the lights of the stars twinkle in the sky. The wind calms down, the air is filled with music. The sounds here never stop. Emptiness and cold sat down beside the tent. I put the kettle on and take some warmer clothes. I look at the horizon, with invariable impression that only thickening darkness gives to the sounds their proper timbre and intensity.