I must stop writing for today. It excites me too much. I’m getting confused. And the letters are flickering and dancing in front of my eyes S. Mrożek 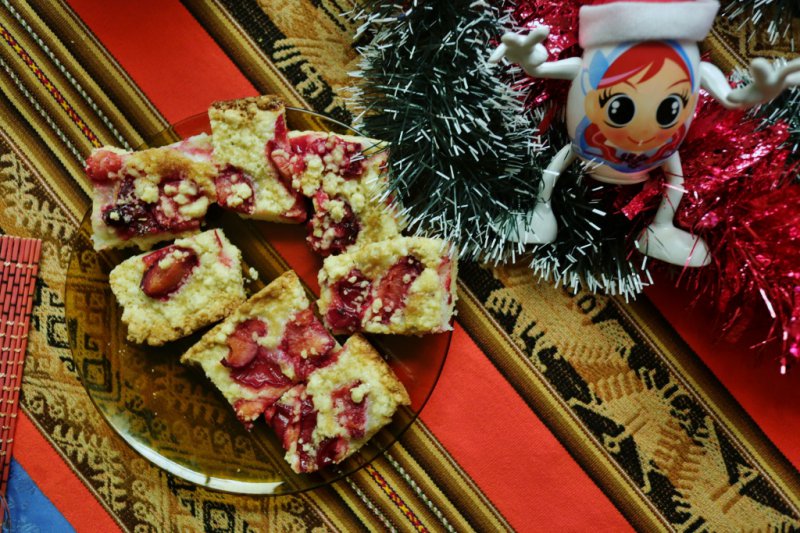 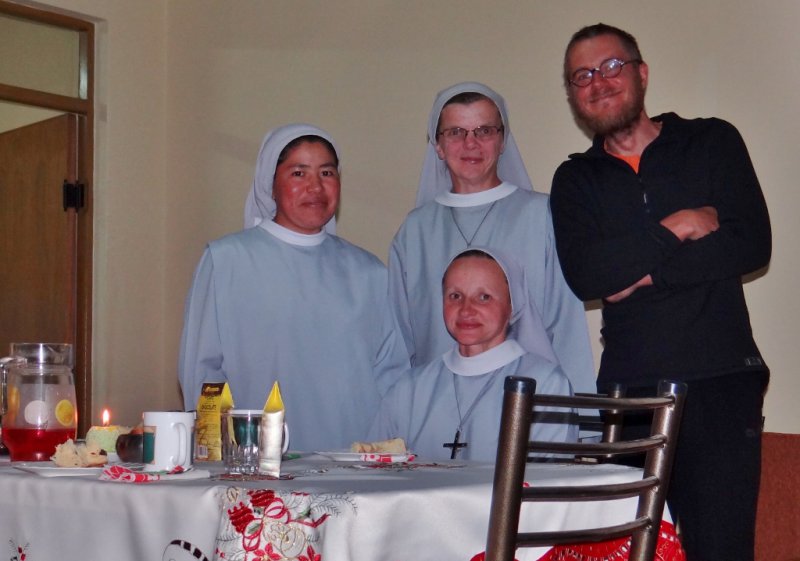 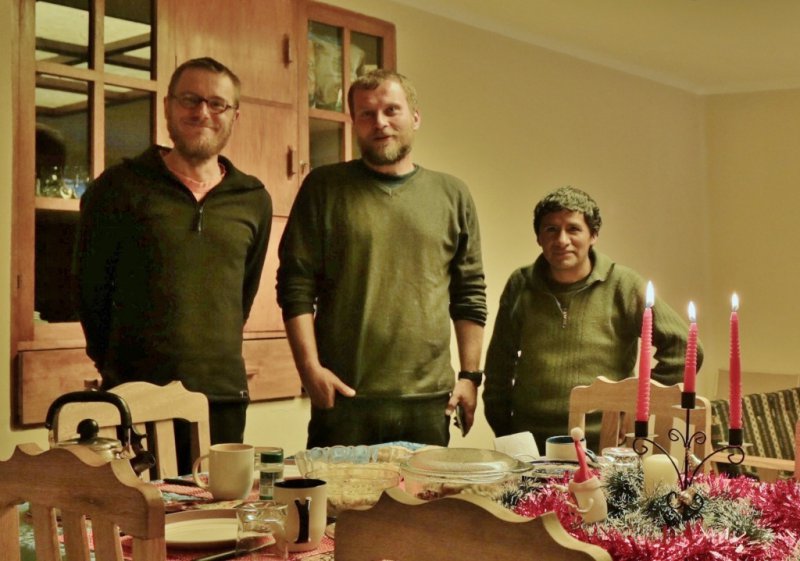 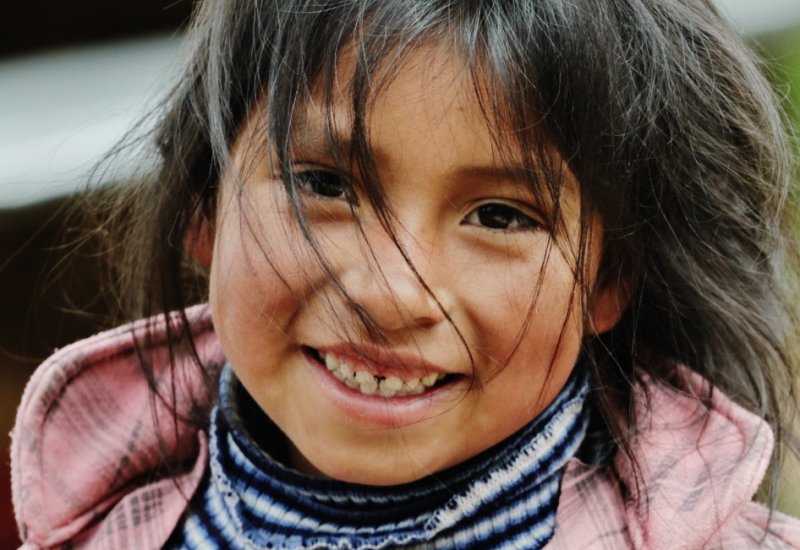 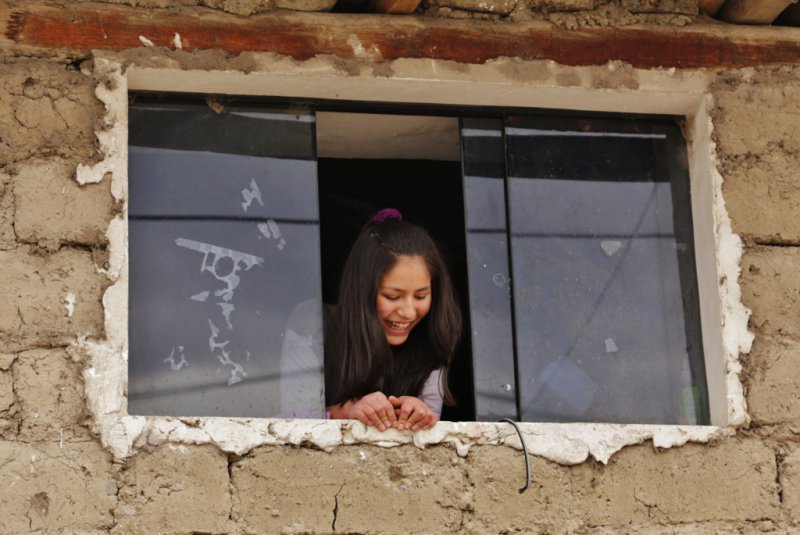 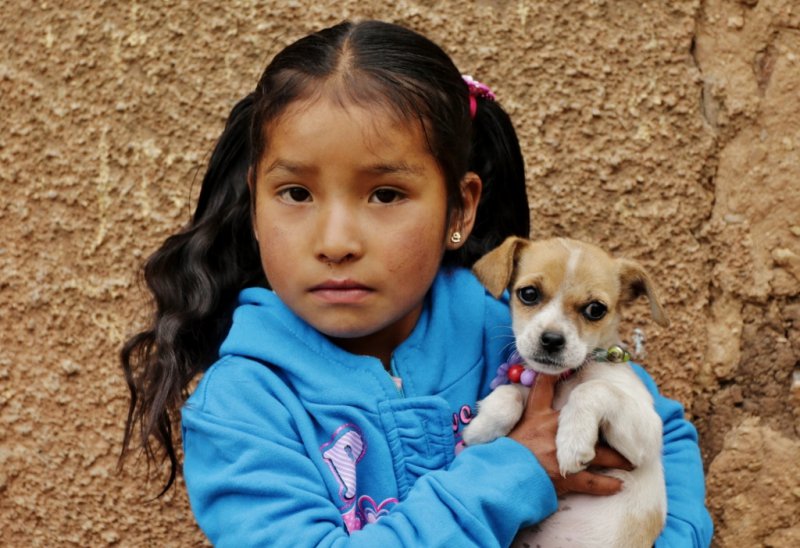 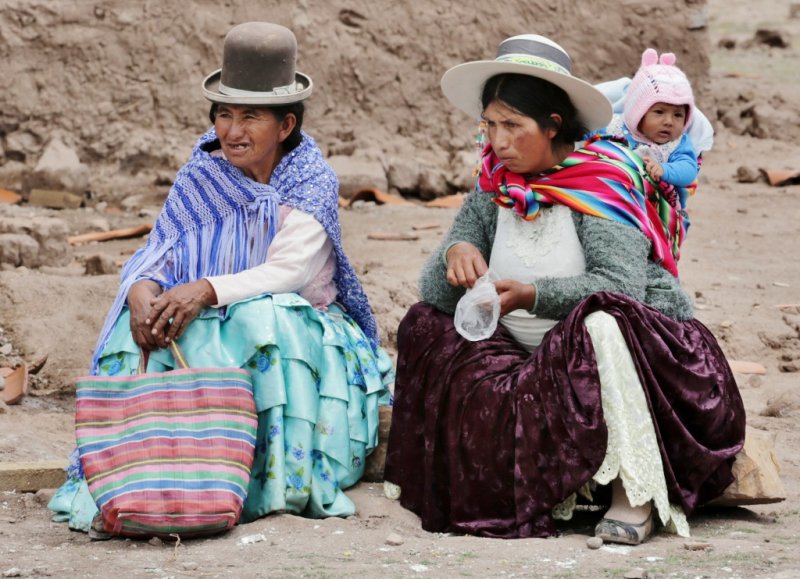 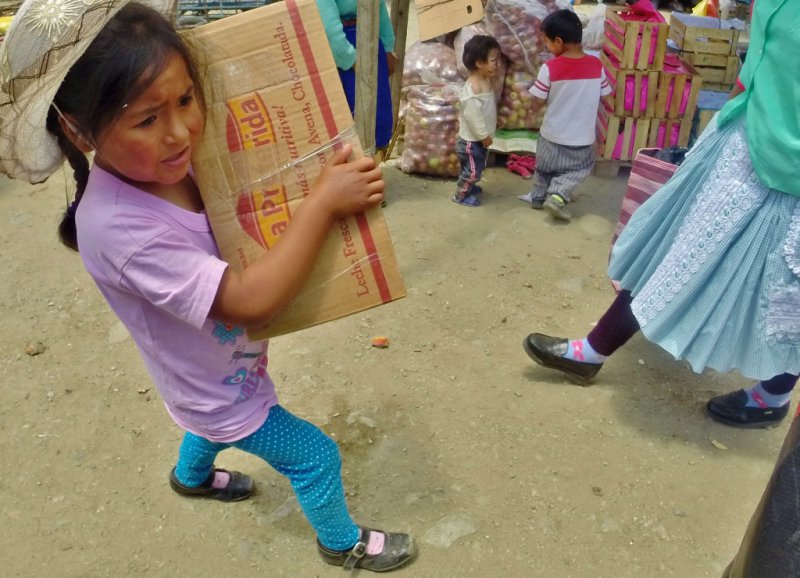 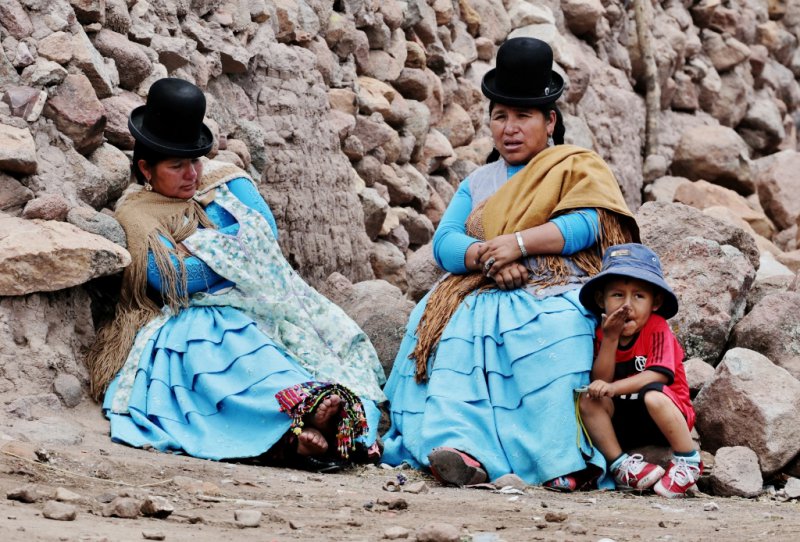 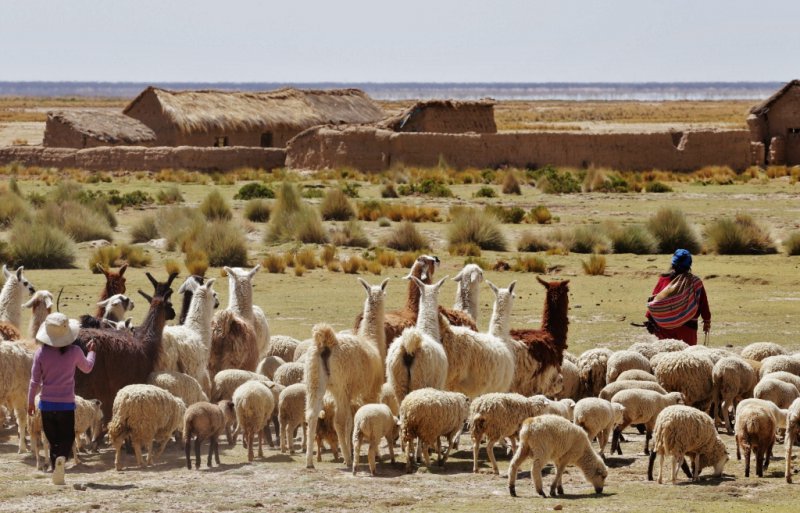 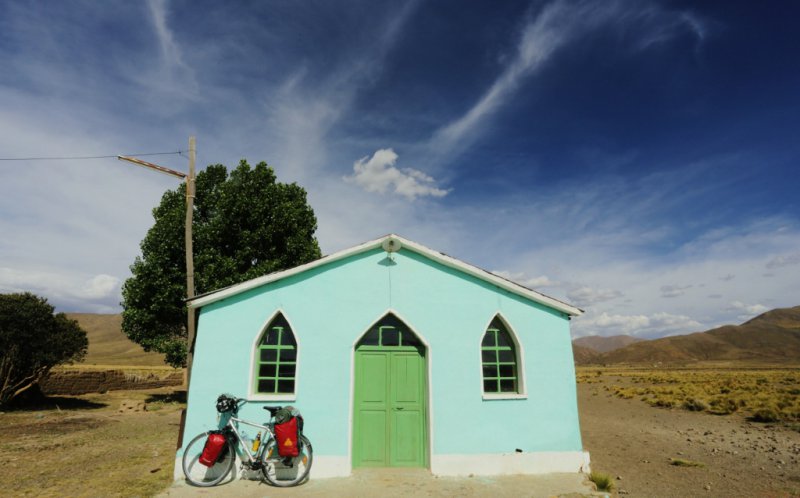 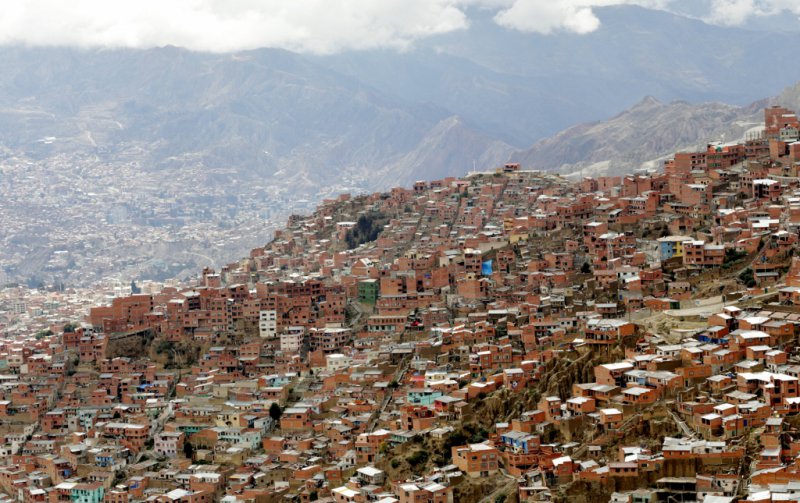 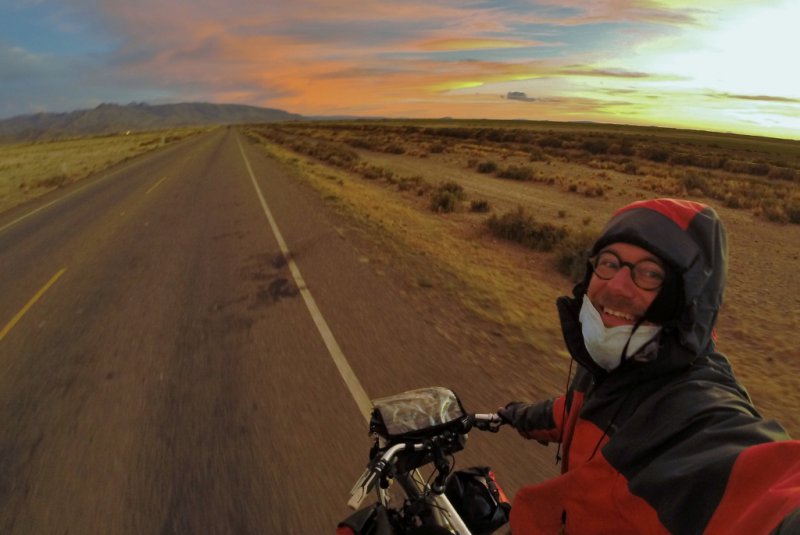 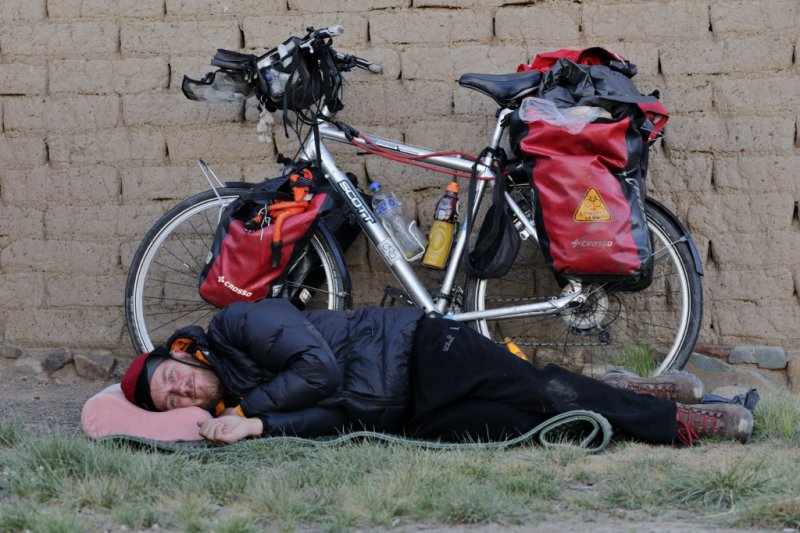 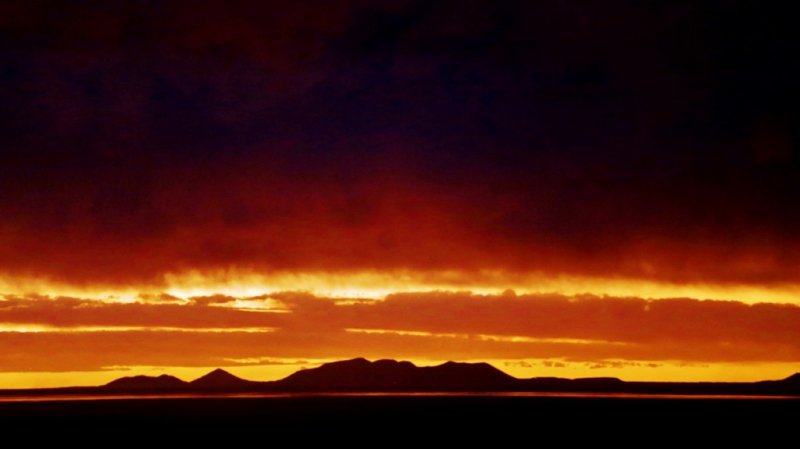 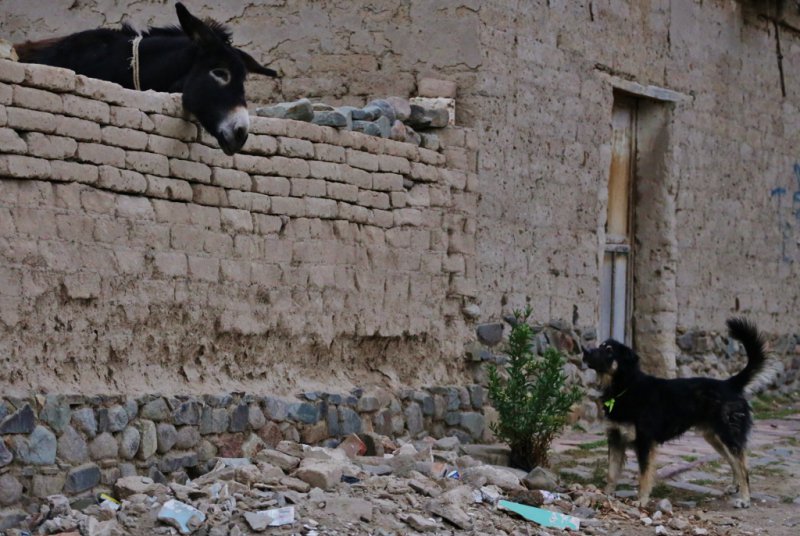 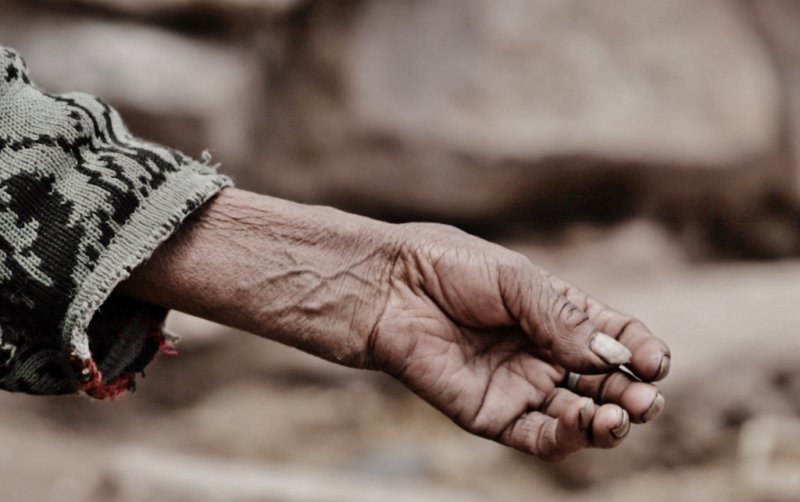 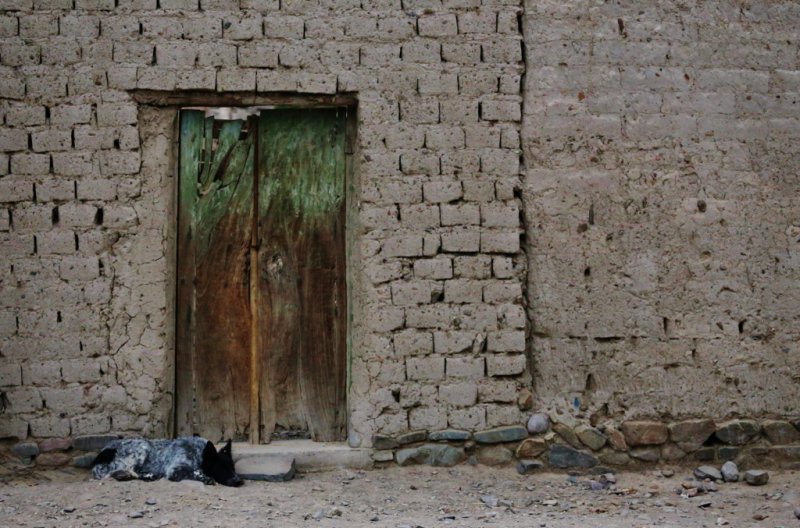 It turned out that this year I had two Christmas Eve Suppers. I didn’t wait for the third, because according to the local customs, the Bolivian supper began after midnight, but I was so exhaused that I collapsed in a heap and fell asleep. I was invited for the first feast by Jacek (a priest, called here Padre Jacinto). Despite being only in his thirties, padre holds a honorable position of the rector and has his parish in a small Bolivian village, called Challapata.

I noticed the lights of the town a long time before nightfall, but, although I tried hard to get to them as soon as possible, it was impossible due to the strong winds, fatigue and frequent breaks to stop my nose bleeding. The town seemed to remain in its place and it did not want to come near any closer.

I got to the first buildings until late at night. I saw an open shop, and two young women talking. I came closer to ask them if I could use a cell phone. Maybe padre answers, and I would be able to stay for the night, rest a little, and hopefully this time I would not have to put up my tent being literally blown out of the ground by gusty wind.

A very bizarre way of greeting a stranger, I thought, and then, in a few sentences, I introduced myself and presented the situation. In a moment, a nice, quiet, man’s voice on the phone explained me how to get to the parish. A description seemed to be quite complicated, so in order not to prolong the conversation, I decided to get to the center and then to ask how I could find the way forward. I gave back a great Nokia to a smiling woman and asked how much I should pay.

– Padre, there is no need to give anything, a little pray for both of us will do, that’s enough.

I looked suspiciously at the woman – she seemed to be perfectly normal. I wanted to say something, but finally, I only smiled. I was too tired to explain that I am a very far cry from a missionary, so I said farewell and went to the city center. I got to the market and approached two men.

– Good evening! – I said. – Does this street lead to the parish?

– Good evening, padre, yes, go two hundred meters straight ahead and you will see the parish.

– Oh, that’s good, thank you – and I was about to move on, but looking at the faces which seemed to be waiting for something, I added – I am not a padre. I came here to visit padre Jacinto.

– No, of course not, I’m not a padre. Do I really look like a priest? – I asked and looked at the men whose faces were more puzzled that mine.

– Well, you certainly do – said one of them. – So, you are probably a member of the family, Jacinto’s brother? You both look like two peas in a pod. Does padre know what time the parish opens tomorrow? I have a child to be baptized, but I did not enroll him yet. Oh, I won’t feel like standing in a queue in the morning, but, the child must be baptized, no doubt about it.

I wanted to say that I had just explained that I am not a missionary and that, frankly speaking, I came here just an hour ago, but the man cut me short and said:

– I was thinking… maybe padre could baptize, huh? Let’s make a deal, padre will have nothing to lose, there is no need to be afraid of. And I will not have to stand in a queue, I will not tell anyone, and surely, it definitely does not matter to God whether I’ll write my son’s name in the notebook or not. So, what padre thinks, could we make a deal?

I sighed and said that we would not make a deal today, maybe tomorrow, but rather not today, then I got to the bike, I did not listen to what those men were saying, I approached the corner of the church and met padre Jacek. I did like him in an instant. Maybe because he was very different from the stereotypical image of a priest, or maybe because of something else. Anyway, I stayed on the Christmas Eve, in fact on two. The second I spent in the company of three Albertine nuns. There was fish on the table and wafer, borscht with dumplings, and there was even the cake with plums.

One of the nuns, sister Clara, said that I looked pale and that I should be rubbed with hot urine. I look surprised, but the sister went on, talking:

– Start with your chest, then your back, and at the end – feet and hands. It could even help you get rid of your sinusitis. Just remember that men should use feminine urine, and vice versa, women need men’s urine, preferably from young stuff.

I thought, why not, and in fact, I never put urine on my chest. What’s more, it turned out that I could take the occasion at the parish, not necessarily from the nuns, because it somehow happened that two girls came to visit the padre. They both volunteered in an orphanage in Cochabamba. Unfortunately, they did not share my enthusiasm regarding alternative medicine and refused to cooperate. They suggested doing poo instead, and take it to the lab to see if I have any nasty bacteria or, Heaven forbid!, parasites, which may be even nastiest.

During the following days, I was walking around the town, greeted as Padre Pedro, who could baptize on the side, or do something else, or simply bless, in exchange for two bananas or a kilo of beans.

One day I climbed above the village to visit a small chapel, in the vicinity of which, four figures were walking around on their knees, holding small, smoldering torches in their hands. From the center of the chapel I heard a muffled sound of a song, singing in a foreign language. The crimson glow of the declining sun emerged from darkening clouds, dramatizing the sky, as if it wanted to balance those dull, pale colours of Bolivian villages. A ritual took place just beside me, from which I understood only a little, or rather, I did not understand anything. After returning to the parish I found out that natives prayed for the rain.

The next day downpour drew near. The streets were covered with streams of muddy water. After an hour it all dried up. The sun was burning. The wind was blowing. The road was calling. Although I would love to stay longer in the village, and I quite liked my new identity of a peccant priest, tomorrow I will be heading south. To welcome the new year. The spring will be here soon. Moomins will wake up even sooner. The leaves of the trees will turn green. And again, everything will be exactly as it was, as if nothing changed, nothing happened. With us or without us, the spring does not give a shit about our dilemmas. And it will come, as every year, waking the world up from its hibernation.