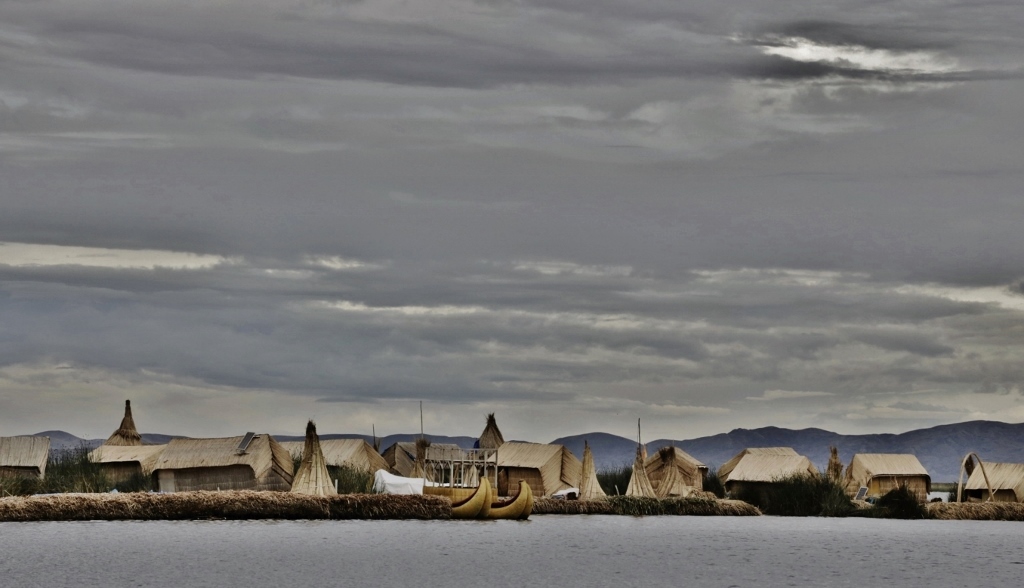 – You asked me about my plans, said Moomin, but, what about you, do you have any? – Yes, said Snufkin, I have a plan, but you know, one of those solitary. Moomin looked at him for a long time. – You are about to leave, he said finally. Snufkin nodded in an affirmative gesture. – When are you setting off?, asked Moomin. – Now, in a while, said Snufkin. – And when will you return? – The first day of the spring I will be here again and whistle under your window, time passes so quickly. Tove Jansson

I got to Bolivia. As I thought, the road from Cuzco to the border was far more easier in comparison with that I had been cycling for the previous two weeks. Almost every day I would meet the other cyclists. Like all the natives, with whom I spoke in Cuzco, those foreigners also asked me how I liked Machu Picchu. As if it was perfectly obvious that being in Peru, I had yet to visit the main tourist attraction of the country. That actually, it might have been the main purpose of my journey. To see a pile of stones protruding from the neatly trimmed lawns.

But the problem is that I don’t give a fuck about Machu Picchu. Unfortunately, I do not know how to translate it exactly as to be clear and blunt, so I usually euphemistically replied that I was not interested in it, and it usually closed the topic. Nevertheless, there were some people, who really wanted to know why then I came to Peru. Unfortunately, I could not, and perhaps never will be able to answer that question. Why did I come to Peru, and not to Paris, or Perth, why here and not there. This question could have been expanded and one could ask: Why did I set off from home at all? Unfortunately, in this regard I will not make it more clear, either. Many years of wandering around the world do not help in better understanding, on the contrary. With each journey, more questions and doubts appear, space shrinks and narrows, all those visited places become similar to each other, and even people, despite their anthropological and cultural differences, seem to behave in a predictable way, even if the mutual meeting takes place only at the level of conjecture and not always clear and fully understood gestures.

So, what I was looking for in Peru? Well, I think, I tried to find the same things as in any other places. Warmth. Meetings. Glances. Smiles. Closeness. One day, on a busy street, in a curious coincidence, two hands meet, touch their fingers, and they can not get over their surprises how beautifully they match to each other. In a place, where all straight lines meet together. And for a while, because nothing lasts forever, this place becomes the center of the universe.

I’m going to the bazaar. It is noisy and crowded, people rub against me all the time, push slightly, nudge. I sit on the wall and listen to some chattering women. I like listening to conversations in the languages I do not know. The meaningless sounds paint in my head the colorful pictures, which are manifestation of those sounds.

I was listening, not understanding anything. They were using scraps of old, well-known sentences. They were talking about old, well-known events that had been recurring for hundreds of years. Life, death, people, weather, work. They spoke with a singsong accent. I guessed rather than understood anything. The sounds were enough. A. Stasiuk

From time to time, someone comes up to me, asking about my family. Don’t you have a wife? What about children? You don’t have any? Man, what’s wrong with you? I blend slowly into the bazaar and do not feel so out of space. A woman, who sold me a chicken leg with fries, throws a piece of meat to a dog. I look surprised, because it’s the first time I’ve seen anyone here giving the food to the dogs. I ask if this is her dog and get closer to pet him, but the woman says it’s not the meat she had tossed, but poison, so the dog wouldn’t steal the food from the table. He will die in an hour, she said, and kicked the animal in the ribs.

I finish eating, the sun is scorching, the dog is out of sight, disappearing behind the next stall. The woman gives me the nicest smile imaginable, wishing a nice day. I go back to the road, I meet a Korean boy, we begin talking, he complains about Bolivia, I complain about Peru, then we say goodbye to each other and when I finally fall asleep in my tent in the evening, I’m starting to wonder if I’m really here, or if only I think so. Is any of that reality actually reaches me, if I see anything beyond what I think, beyond what I want to see.

Maybe I should have visited Machu Pichu, I should have visited the Nazca plateau, I should have gone on a trip on Lake Titicaca in the super sail boat called Mercedes. Because, unfortunately, this so-called Latin American phenomenon, does not reach me at all. I do not understand why on the bazaar someone tries to sell me one banana for a dollar, I’m tired of horning cars, the chaos bothers me, the stench of decaying garbage makes me puke, and I’ve had enough of commonly used here, idiotic sounding diminutives (sopita, horita, cervezita).

Perhaps I’m just too close to anything. Maybe the change of perspective could alter the perception. Maybe, when I return home I will start missing all these places ? As Dariusz Czaja wrote: During the trip, we are too close to everything. Too close to the world, which lies ahead, and too close to ourselves. And understanding is always a function of distance.

But it may happen in the future, now it is today and there is the way ahead. And it is calling me. Tomorrow I’m heading on, getting closer to the point where this journey will loop. I think often about what I will find there. I’m afraid of these thoughts.

Once I chose movement, and later I realized that within this movement I can find some peace needed for writing. That movement and silence, creating the unity of the opposites, mutually persist in the equilibrium, that the world with all its drama, funny beauty and the stunning diversity of differrent countries, people and history, is a passenger itself, in the constantly traveling universe; it is the traveler on his way to his new destination. C. Noteboom