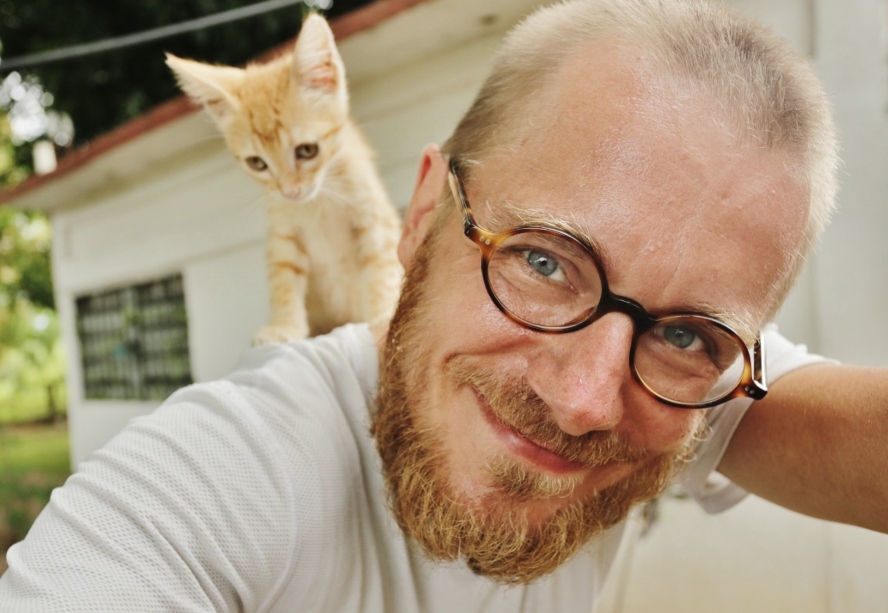 It was a redhead cat. She was running under the table and was eating all creatures crawling on the floor. She had dark, trusting eyes and large, pointed ears. I took her in my arms. What a scrag! I thought, scratching her ear with one of my hand and moving my fingers on her spine. Warm body purrsed gently. We touched our noses. Her rough tongue licked my skin. I hugged her tighter, a small head snuggled into my arm.

Rigoberto Rene Mijangos Maza, a forty years old veterinarian, who can pull his leg over his head and jump two meters up, found the cat on the road and embraced. Gato Angora, he said, a very wise and well-behaved, if you want, you can take her with you. I wanted, I did want, but I could not. Perhaps I shouldn’t have taken her in my arms, I shouldn’t have hugged so warmly, because, probably, she thought something, no matter what, I do not know what cats think. Definitely she had something in mind, she thought of something, but I do not know what. How would I? I often do not know what I think, let alone a cat … And maybe she didn’t think at all, after all, thinking has nothing to do with it. I took her in my arms, hugged, and it should stay like that forever. From that moment she was about to snuggle in my arms, to the end of the world.

But next day, I was gonna leave, and I couldn’t take the cat, I wouldn’t be able to carry her in my panniers or in a camera bag, and she was to small to run after me. So, why was I so surprised in the morning, when I said goodbye to Rigoberto and his friend Benjamin, why was I sad when I saw her jumping through the gate and running towards me, like a little dog… Rigoberto grabs her and tosses through the gate, but the cat is back on the road again, and now, runs even faster in my direction, so she must be caught once again and locked, as Rigoberto said, now, she can’t escape, unless through the chimney.

I’m going fast, but still it’s too slow. I’m trying not to think, but I can still hear her miaowing through the door. Finally I stop and don’t move for a long time, until I fall asleep. An old man, carrying a plastic bag full of red, hairy fruit, wakes me up. It’s rambutan, he says. Have not eaten yet? Try it. He shows me how to peel them and says they are good for any bad thoughts. Then he goes away, stooping, disappears around the bend.

In the evening I got to Tapachula. I have a fever again. I sleep in the park, some Salvadorans come at night. They are pushy, do not let me sleep. I do not talk to them, I feel bad, I want to scold them, but I have already used all words during the day. I don’t utter a word, finally they leave. The second night in the same park, there was a slight earthquake around midnight – the earth wavered ridiculously, a strange feeling, as if I pitched a tent on the sea. In a few hours I will find out that the epicenter was in Guatemala. In the morning, the police wakes me up, telling, it is not a camping ground and I should go to the hostel for immigrants and the homeless.

I was sitting in one place for hours, trying to collect my thoughts together. Then I went to the suburbs to look at the way, to look out of red spots, but apart from a violent storm, there has been nothing to see. So I came back to the park.

In the evening I went to seek a shelter, but ended up in a patio of Chang-Martinez family. Mrs. Lulu’s grandfather came from China and married a Mexican woman. The family is big, there are ten people in one room, and it’s still only a part. I ate a sweet mango for dinner, went back to the tent. I started wandering in my thoughts on the redhead’s hair, weaving words in it, and then I dreamed that I went back, that I did not want to go any further. I wanted to be with her, didn’t go anywhere, and if I was to move one day somewhere, then only with her, but Rigoberto opens the door and says that the cat ran away. She ran the other way. 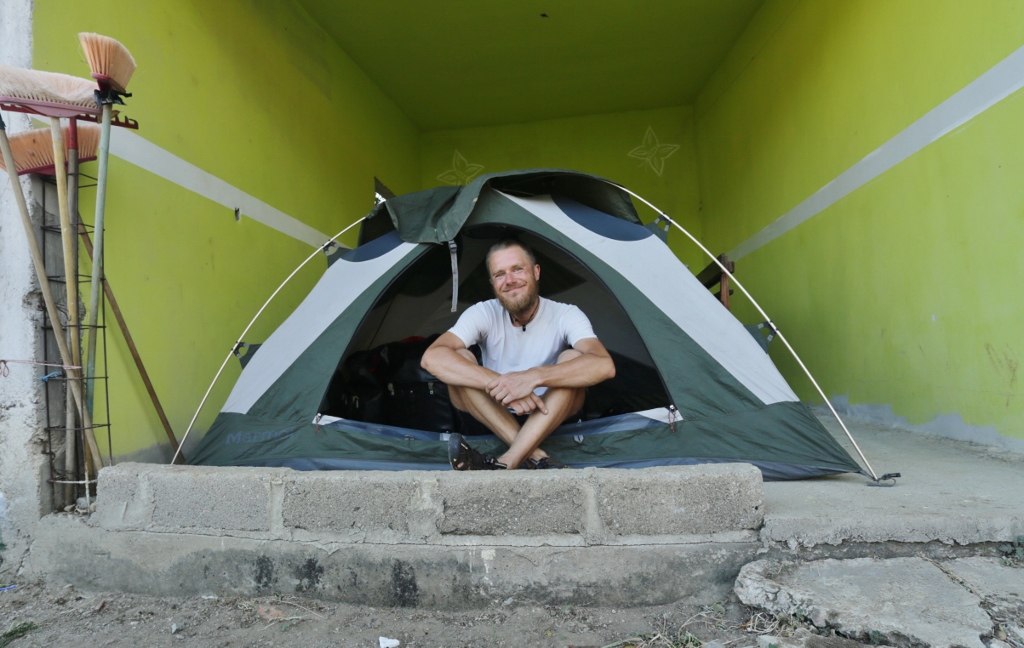