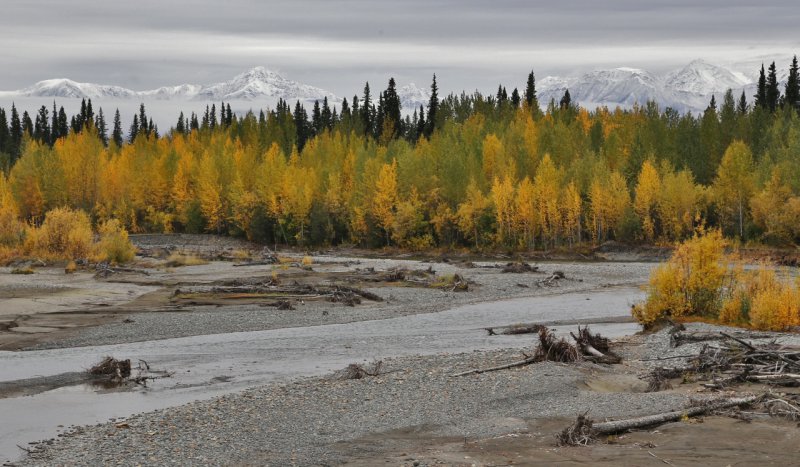 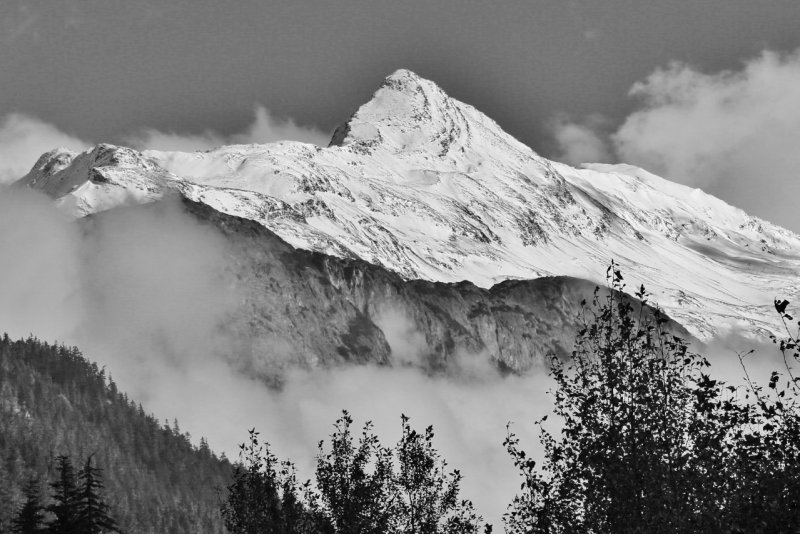 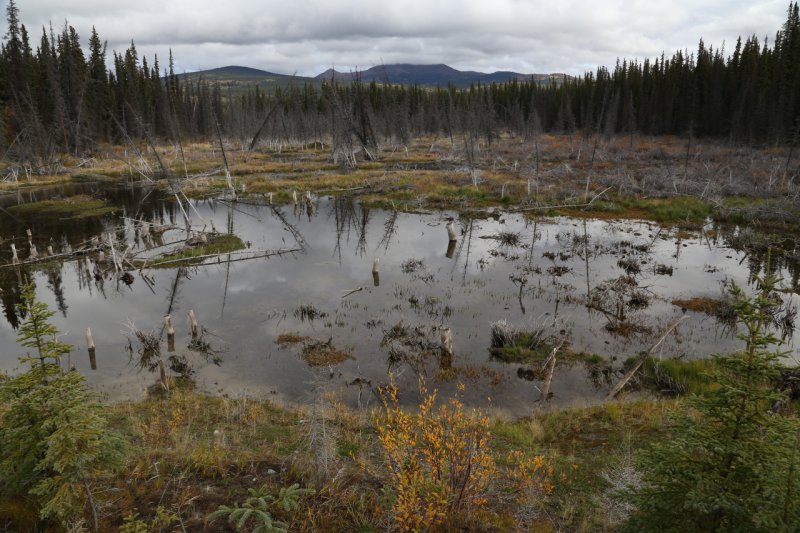 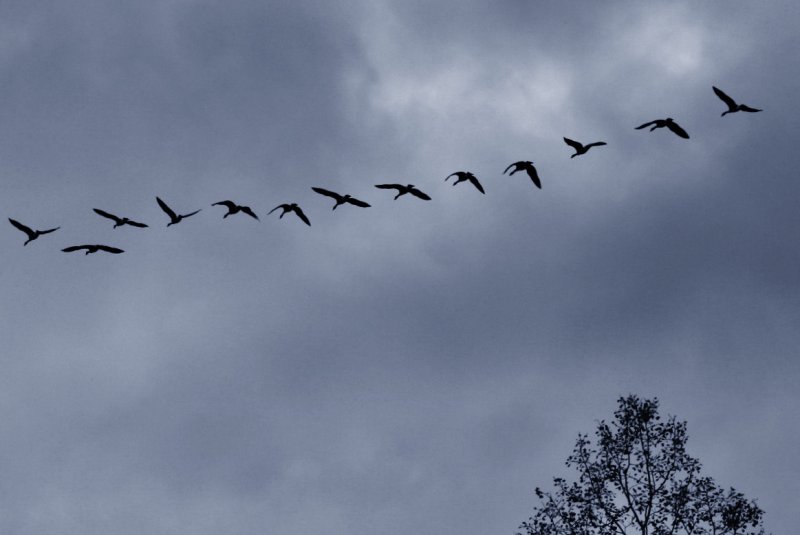 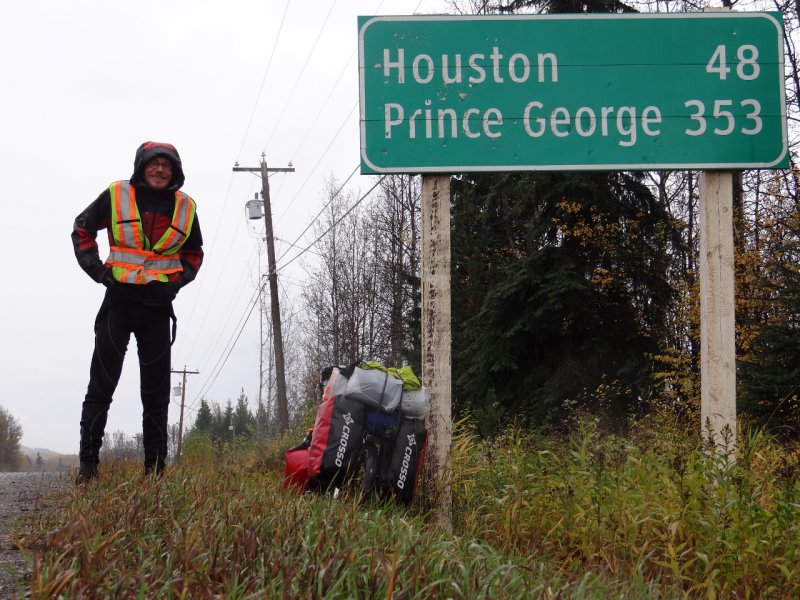 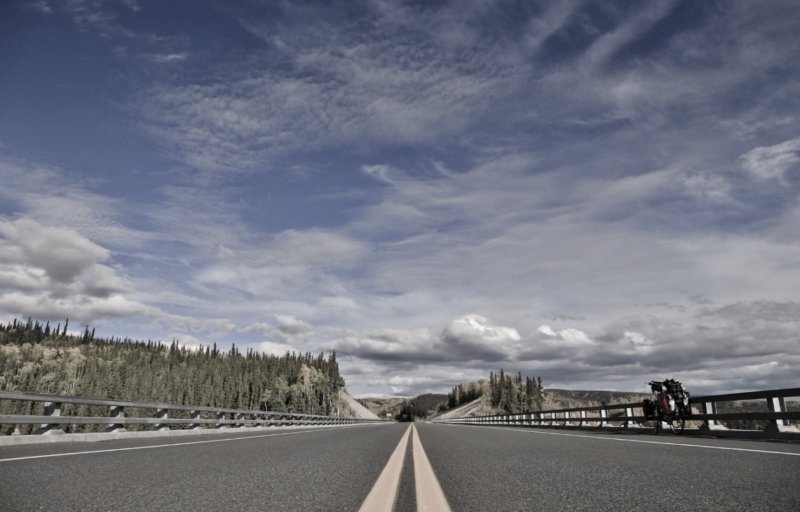 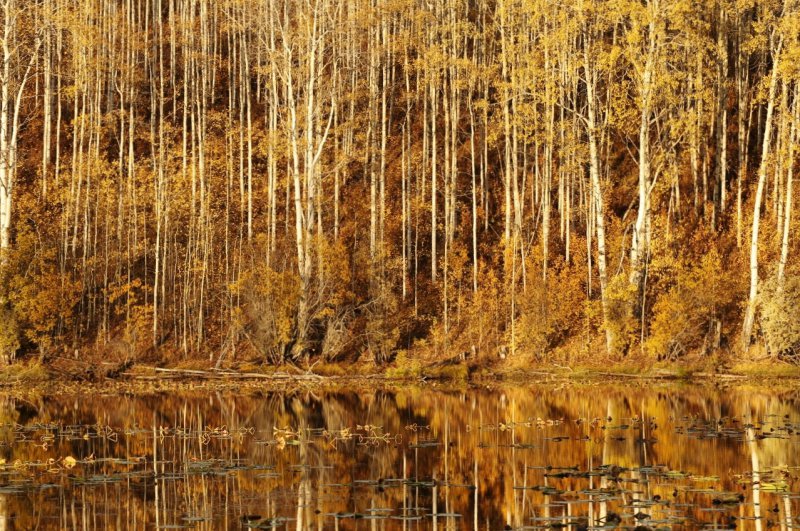 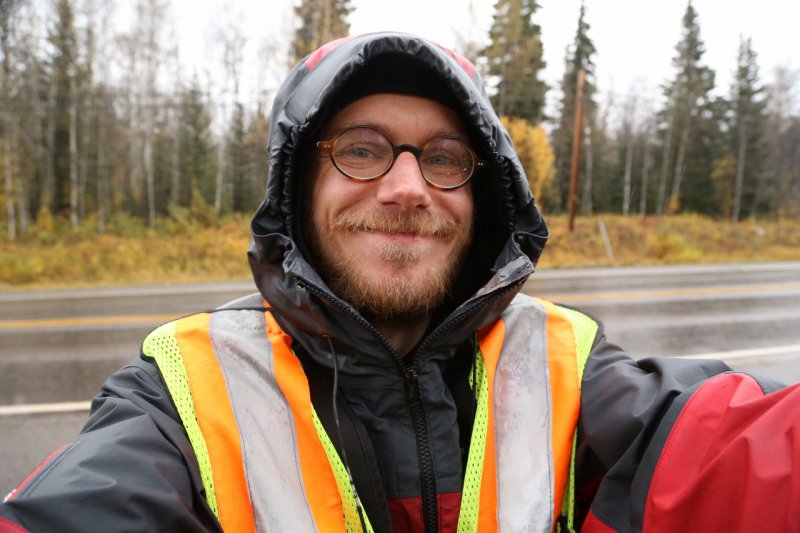 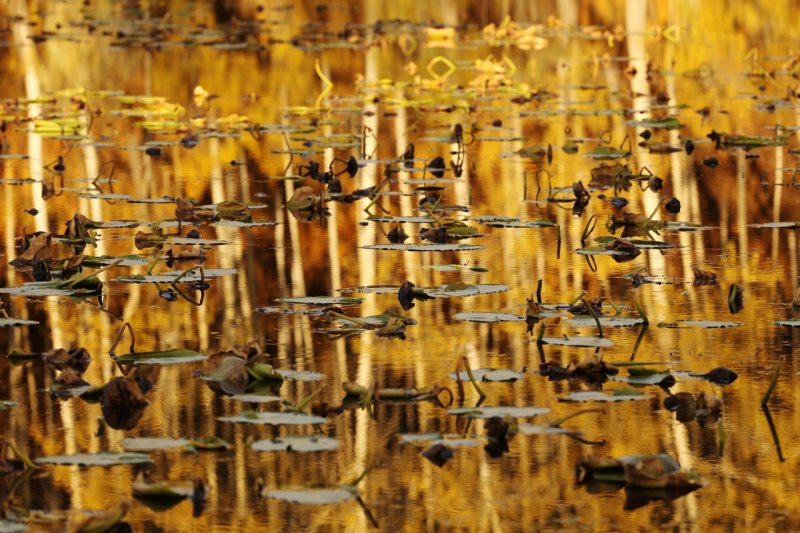 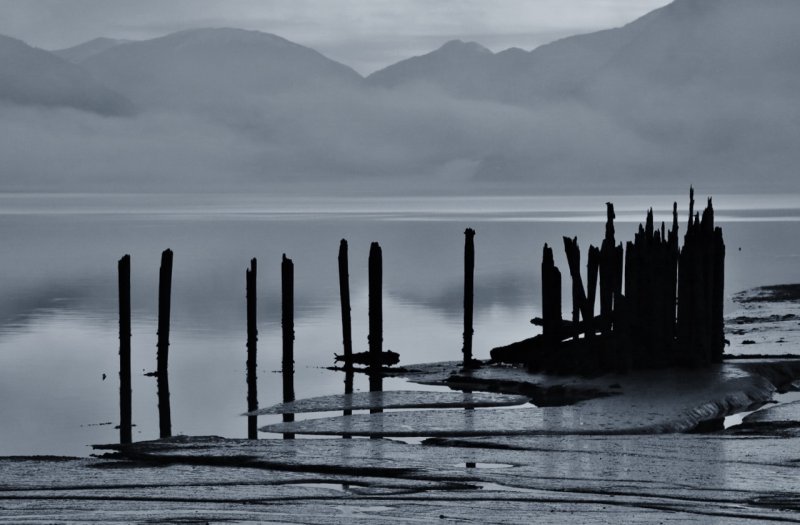 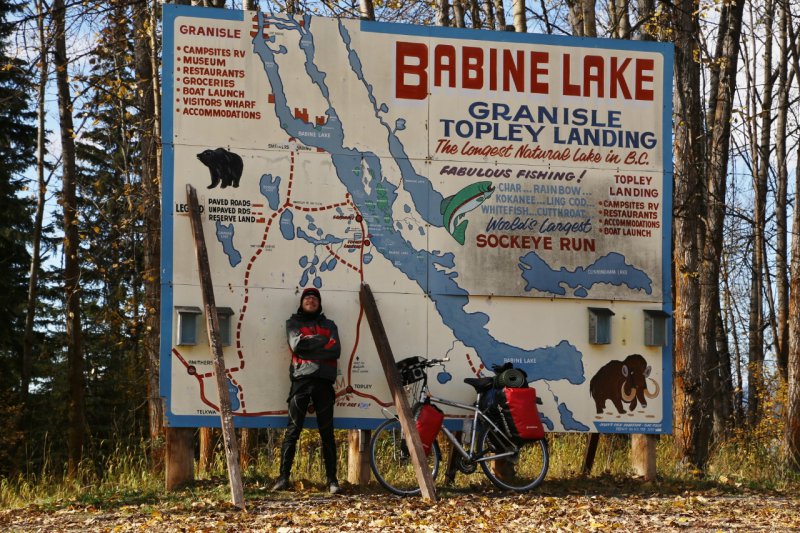 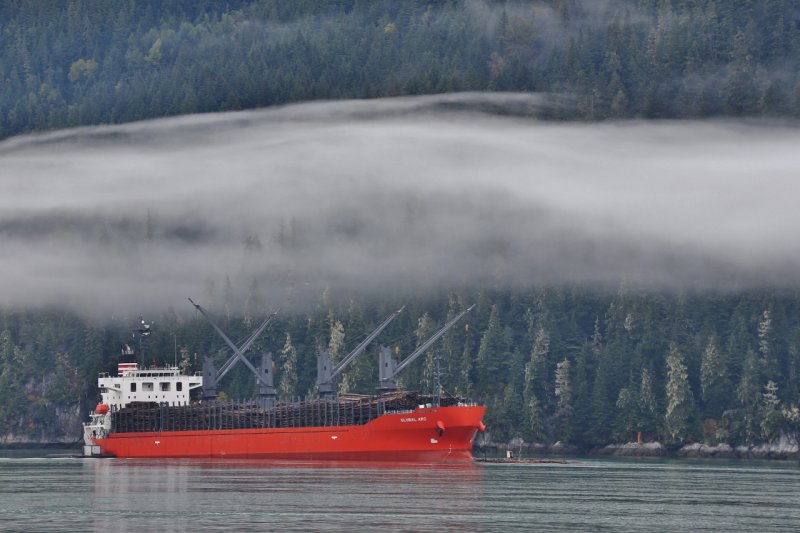 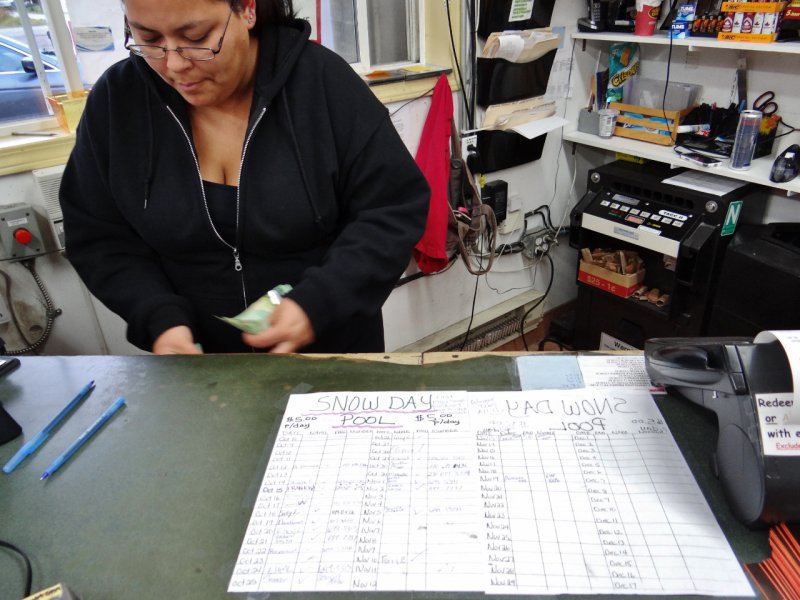 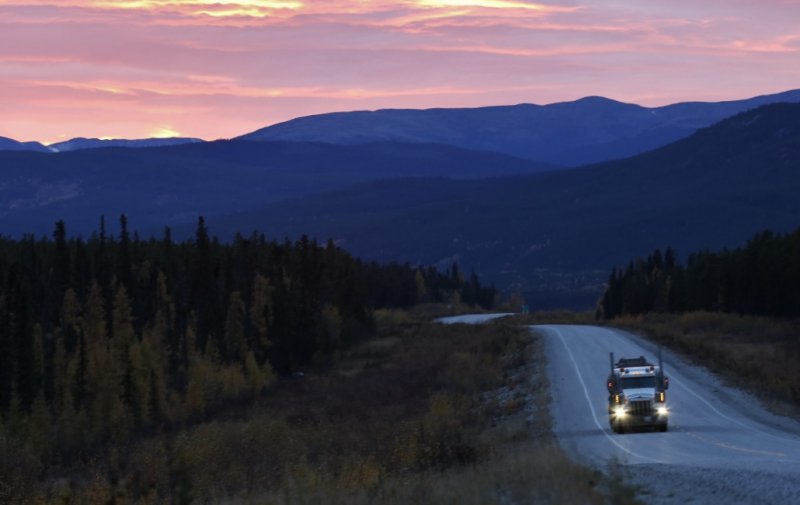 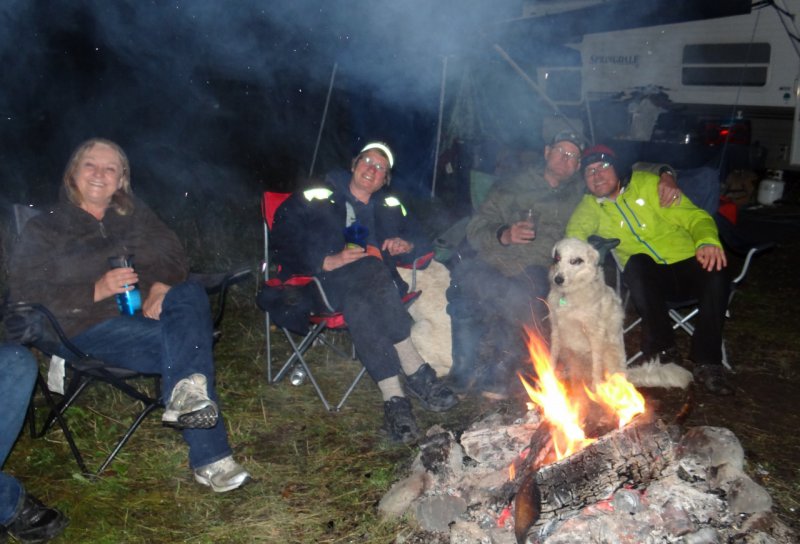 A few days ago, when I was about to put up my tent in a ditch, I noticed some rusting barracks and two cars parked next to them. I came closer to ask if I could stay nearby for the night. Strange as it might seem, the barracks turned out to be temporary dwellings for some professional
mushroom pickers. Or, writing more precisely: pickers a particular species of mushroom, pine mushroom, with its Latin name Tricholoma matsutake, sold mainly for Japanese consumers, who pay for it better than for gold.

In mid-August, an empty clearing west of Smithers, turns into a camp where you can find a well- stocked shop, brokers, who pay in stock for mushrooms, a warm café and some Port-a-Potties, or, for American readers: Port-a-Johns.

– We are the dinosaurs – says Steve putting more timber to camp-fire, lit despite increasingly whipping rain. – Our friends think we’re loony. Instead of going on holiday to Hawaii, or Mexico, we come here to collect mushrooms. But we like it, we have been here for twenty years, but actually, we are here not to pick mushrooms, it is not the main reason. We gather here just for the sake of being together, taking a walk in the woods, talking, sitting together by the fire, even in this bloody rain. This is the main reason why we are here – to light a campfire in the evening and to enjoy a warm cup of coffee in the morning. Life is about appreciating little things. Then, big things come more often.

Stew is angry. He made only two thousand dollars, while Steve nearly ten. Just by walking through the woods, looking below old, rotten trees, remembering absent friends.

– It’s because of your bloody glasses, your steamed up glasses. They steam up and you can not see anything, and when you rub them, someone snatches mushrooms from under your nose. Did you see how many young buggers come to the woods? They walk more, they are not as lazy as we are, and they may pick up more stuff.

– Bears? – Steve seems to be surprised by my question – How many people have you heard of that were killed or eaten by a bear? In recent years in Canada – maybe a dozen. And most of these cases took place during hunting. Because bears have a nose, I tell you, they hear a shot and they go to the meat. Hunter cut corners off, or cut tastier morsels and does not even notice how black or grizzly stands over him and then even the rifle is useless. I’m telling you, bears hear the shot and then something happens in their heads, and instead of running away – they go after the meat, and they are, after all, herbivorous creatures, gentle as lambs, until they here the shot. Then something fucks up in their heads. So no, we are not afraid of walking in the woods, anyway, when you make a lot of noise, they will not approach you. We have never had any accidents here. Once we had an accident with a moose, but this is a different matter, because a moose was just screwing a female moose and one careless bugger interupted them, and then there is not a trifle, moose screws only once a year. Why do you think males have such sad faces? If you had a woman once a year, you would look like the same. So be careful now because mating season started and mooses heads are also fucked up, blame hypothalamus, if you can, and it’s better for you not to see a moose in action or to be somewhere nearby.

Somehow they didn’t convince me to go for fresh, early morning mushroom picking, but I took an invitatin to be taken to the city. After completing food supplies for the next few days I went to Prince George. Lots of warm meetings, good words for the road, nice weather, as if it wasn’t the same part of the country I visited two years before.

Kind of the same, but every day seems to be different; I see other faces, meet various people, seeing things that I didn’t see before, or maybe I did not want to see them because I was too busy with myself, with my own thoughts, too self-centered and not really open to the others.

It’s not that just only places, visited again, show us earlier unseen or unconscious images and meanings. When you peer into yourself, there is always something remaining to be found.